Movie Review: Welcome to the Blumhouse – THE MANOR 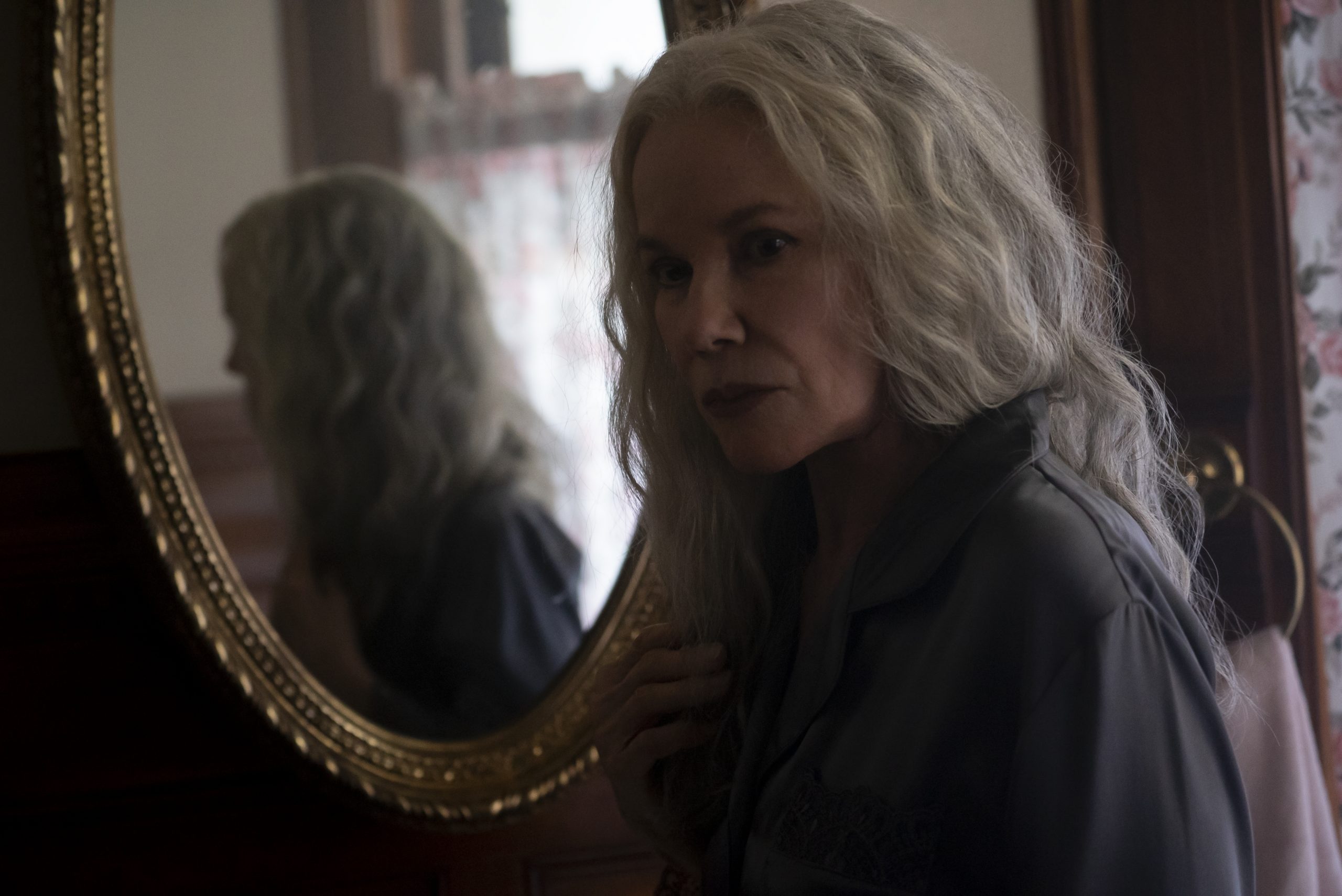 It seems Amazon Prime Video saved the best for last, albeit the best wasn’t that much of an accomplishment with their Welcome to the Blumhouse series releasing its final two films in their 2021 run. While last year’s features were of higher quality and the films saw an interesting cast of familiar performers, it seems this year the lineup was filled with newcomers and cheap budgets and not the typical horror and suspense that viewers have become accustomed to when seeing the Blumhouse name. Releasing alongside Madres, The Manor was the best of the four flicks released this year (however, again, the bar was set quite low.)

Finally excited to see a familiar face, The Manor stars Barbara Hershey as Judith, a loving grandmother who suffers a stroke and begrudgingly decides to allow her family to move her into a historic nursing home. However, it doesn’t take long for Judith to begin to suspect that something isn’t quite right in the facility. The staff is extremely strict, with her cell phone being confiscated and to Judith’s horrifying discovery, the patients are given sedatives at night to help keep them down. But, it’s the nighttime where Judith seems to believe not everything is as it seems. With other members of the home meeting a fatal demise, she is convinced something evil is lurking about the Manor. But, it seems so easy to dismiss the paranoia of an old lady that could easily have suffered severe side effects from her stroke. Judith realizes she must uncover what is happening to the inhabitants of The Manor and do so quickly, before she meets her untimely demise. With the staff becoming stricter and stricter, and limiting Judith’s mobility, and putting her on a cocktail of even stronger sedatives, this proves to be quite the challenge.

The film also sees supporting roles in Bruce Davison, Jill Larson, and Fran Bennett. Directed by Axelle Carolyn, who has some experience under her belt when directing horror having helmed episodes of American Horror Story, Creepshow, and The Haunting of Bly Manor, it seems that a horror veteran director could be in the stages of their career. While I found this story much more intriguing than its companion films under the Welcome to the Blumhouse titling, I still felt the horrors of the film were dull and quite cheap, to say the least. I did find pleasure in the overall arc of the storyline, and it’s Judith’s helplessness and the sinister forces against her that actually make up the horror elements present in the film.

The duality between age and death is explored in such an interesting way and helped set this film apart. While I don’t think it quite hit its mark, I do believe that a little more time and maybe some cliché jump scares might actually have helped the film in the long run, which is often not the case. With that being said, don’t count this film out quite yet as it proved to hold my attention or its 80-minute runtime. Of the four flicks released this year, I would recommend this one above the others if you find yourself at home looking for something spooky to stream this October.