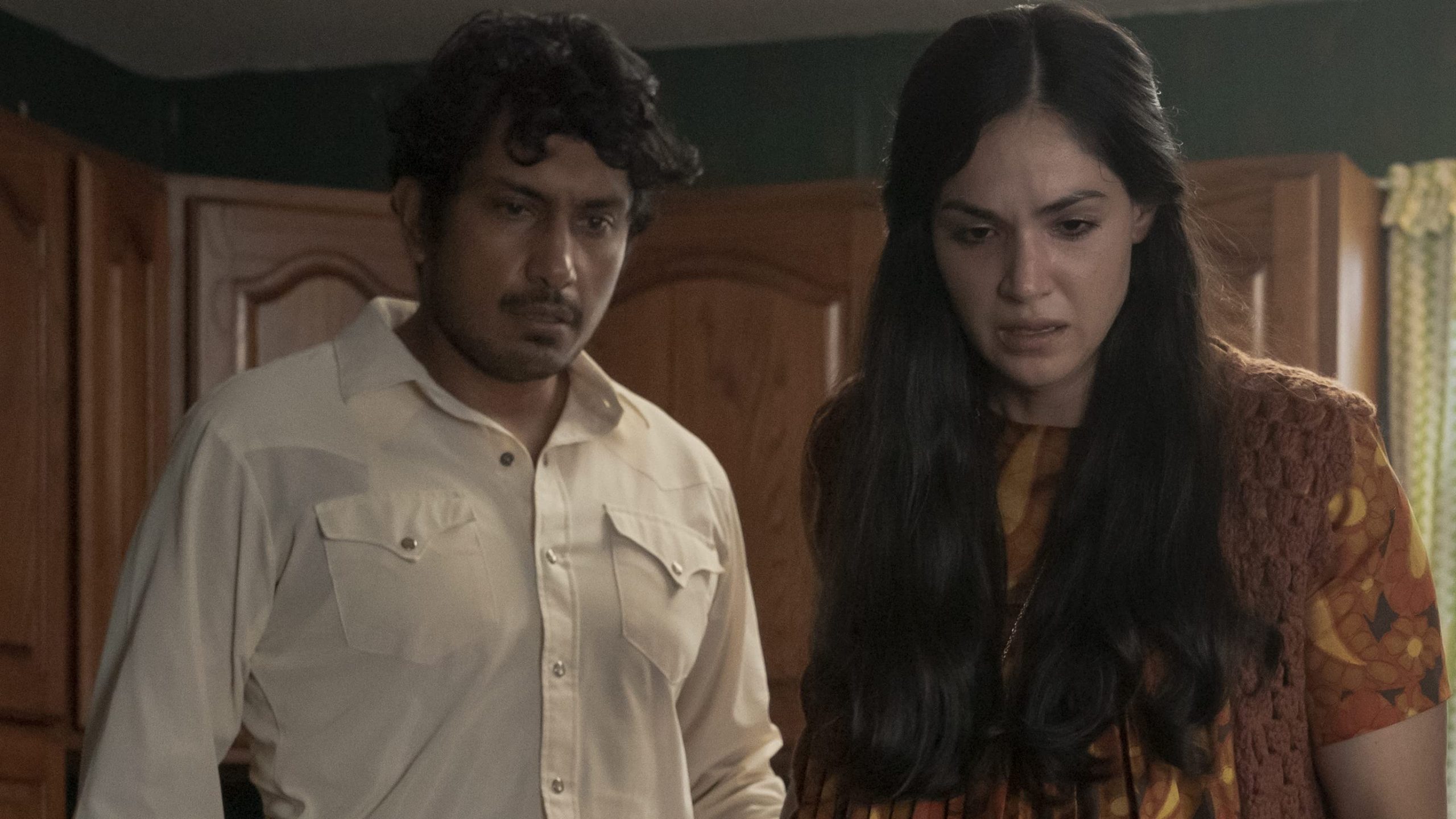 This week brings us 2021’s final entries in Amazon Prime Video’s Welcome to the Blumhouse series. With the first two films being quite underwhelming the week before, I was extremely skeptical heading into the viewings for the following flicks. However, it seems a little more stability was found with the final entries in the series. While I didn’t find the films anything to write home about, they were much more enjoyable than their predecessors.

Madres centers around Diana and Beto (our main protagonists played by Adriana Guerra and Tenoch Huerta), a Mexican-American immigrant family who are expecting. Set in the 1970s, the couple move to California to settle into a community that seems to embrace Latino culture. However, as Diana begins to see terrifying visions and dreams, she begins to worry something might be wrong with her pregnancy. Further, Diana notices that other Latina women in their community don’t seem to be having children. With the feeling that a presence is watching her, Diana must figure out what is going on. Is she a part of an ancient curse and, is there something far more sinister at work in this town?

The film is directed by Ryan Zaragoza, with this being his feature film debut. Penned by Mario Miscione and Marcella Ochoa, the script definitely was meant to provide commentary on the intersection of horror and social conflict, with this film beginning with the ominous tone stating it was based on true events. It has the formula for a decent horror flick, but seems to just miss the bar each time. At moments, it seemed the plot was more of a drama than a horror feature – where the horror elements were built-in unconventionally in the retelling of the tragedy of how Mexican-American immigrants were treated in the ’70s, as well as the importance of that echo in today’s society.

The slow burn feeling seems to sizzle out at parts, meddling with the mechanics of compelling story-telling. It almost seems that the moments of horror come and go at odd times, leaving the viewer discombobulated and lends to part of the shortcomings this film sees. I was more impressed with this feature than Black as Night and Bingo Hell, but there is just so much a haunting music box, pesticides, creepy dreams, and the other small impact-less points of the film that can successfully move it forward.