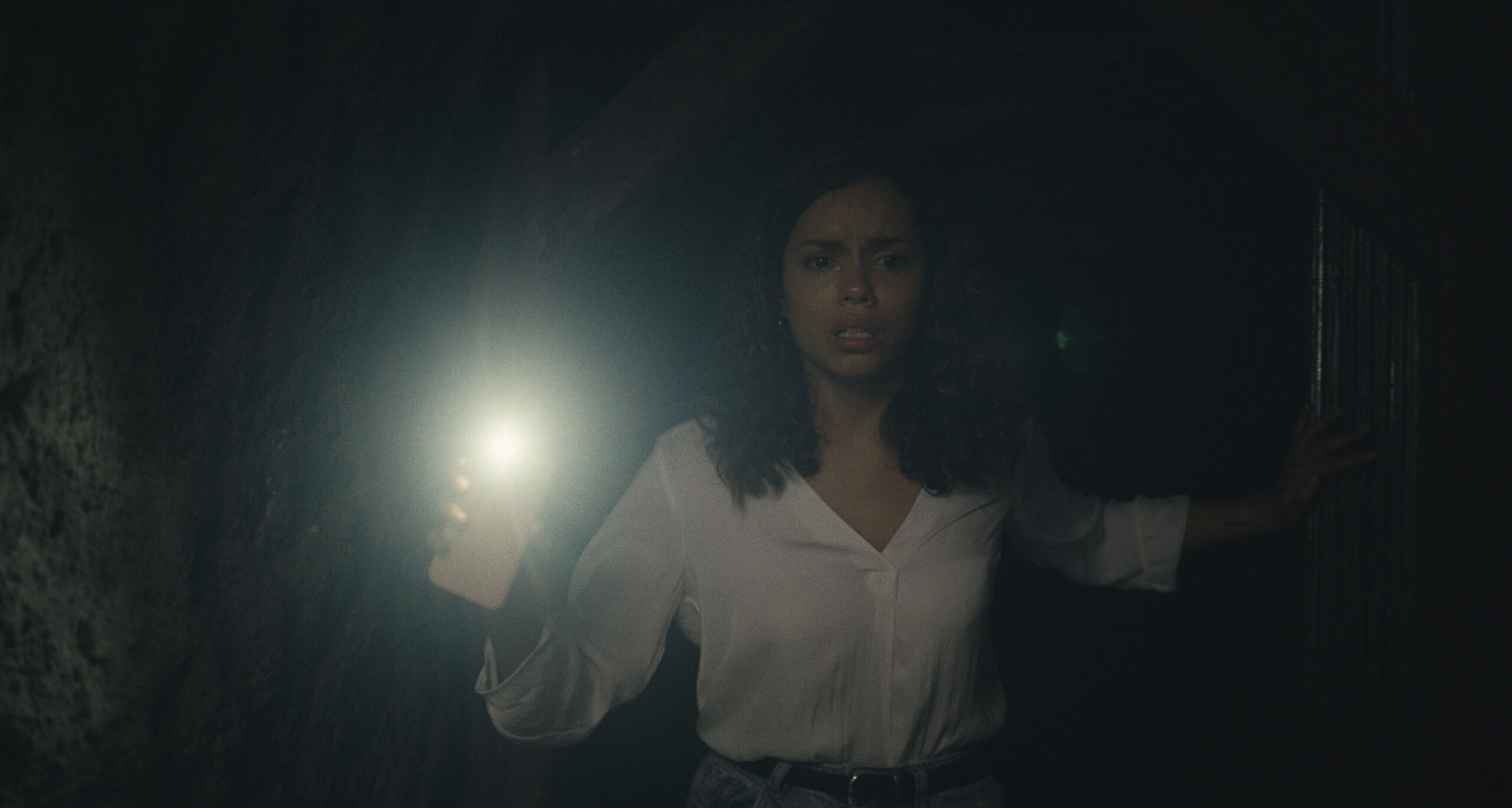 With what seems like a very little amount of advertising and publicity before its release, Zach Cregger’s Barbarian creeps exclusively into theaters this weekend. Maybe the quietness surrounding the release was purposeful, as it seems the film is meant to be a hidden gem. With a rather ambiguous trailer, the plot of the film seems to be kept from the audience, and I believe that was done so intentionally. With that being said, this review will be short and sweet – I believe you should enter this one blind.

The film stars Georgina Campbell, Bill Skarsgard, and Justin Long. Campbell and Skarsgard play Tess and Keith, two strangers who just so happen to book the same Airbnb at the same time. Late at night and storming, the pair doesn’t have many options for lodging and decide to share the space for the evening and resolve the issue come morning. But, not everything is as it seems. As Tess begins to put together the pieces of the nightmare that is this quietly tucked into the small Detroit home, everything begins to unravel.

I think the ingredients for a sleeper horror hit are definitely present in the film. The naivety of story withheld from the audience until they can watch it unfold right in front of them is brilliant. The film gave me a reminiscent feeling of when I first watched 2021’s Malignant. It really had those “WTF” moments.

Sprinkled throughout the expertly crafted narrative (its unfolding is quite unique,) are a few sociopolitical elements that exist as underlying allegories for some pressing issues. With that, the title of the film is given a duality that speaks volumes. It’s intense, grotesque, and a wild ride to say the least, and I can already see the paved way of the film developing a cult following and appreciation.

Barbarian is out everywhere and exclusively in theaters today! I urge horror fans to check it out.