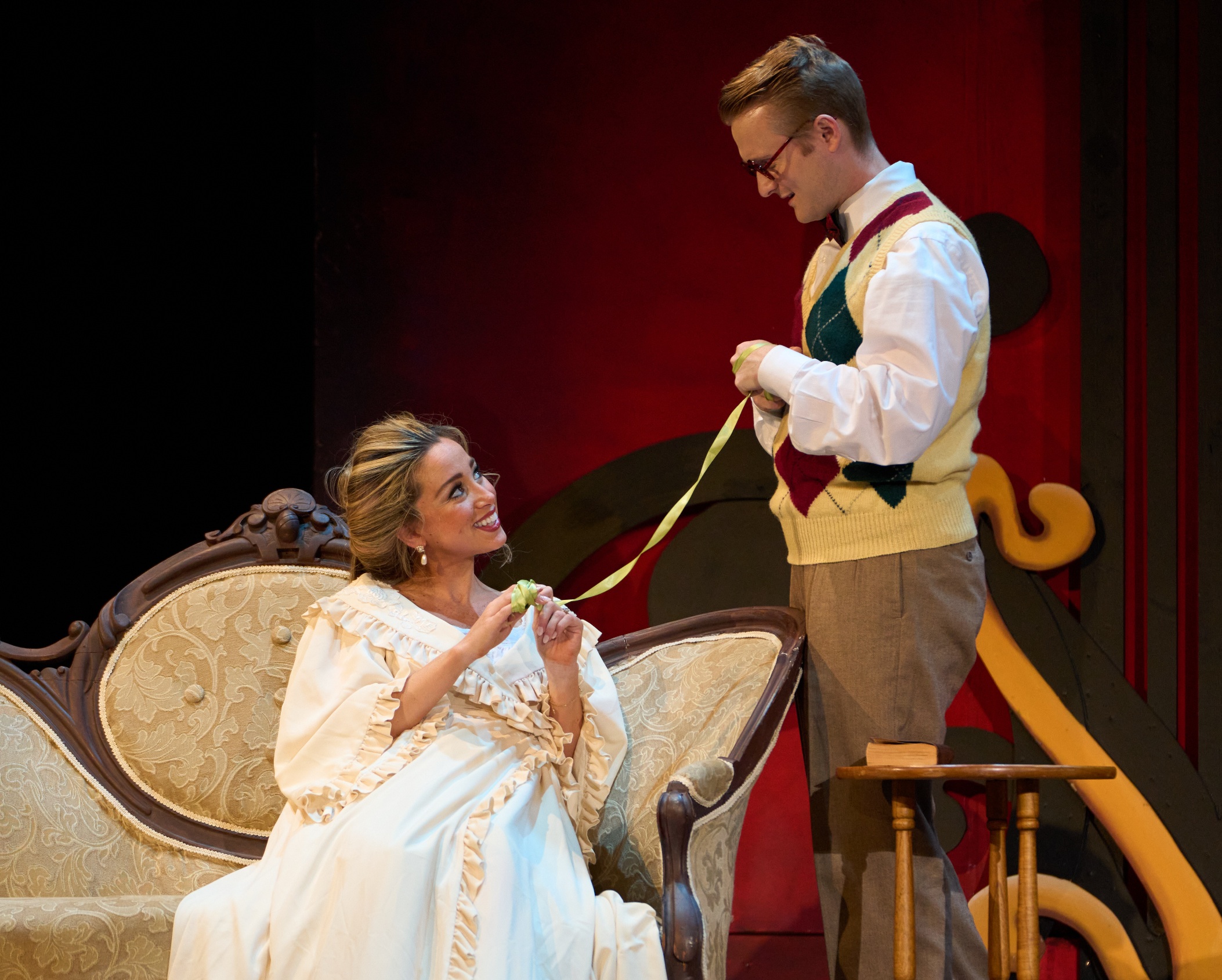 Union Avenue Opera concludes its 28th season with a rousing production of A Little Night Music. Based on Ingmar Bergman’s 1955 film, Smiles On A Summer Night, the company’s rousing tribute to Stephen Sondheim is filled with wonderful singing and plenty of laughs.

Set in Sweden at the start of the 20th century, A Little Night Music is a tale of love and lust that frames its intense drama with a lovely Greek chorus. Vivacity abounds thanks to director Annamaria Pileggi’s brisk pacing and an exuberant musical score from Scott Schoonover. Together they’ve created a compelling production filled with laughter and outstanding performances.

From the moment she saunters onstage early in act one Debby Lennon dominates the show as Desiree Armfeldt, a glamorous actress whose poor decisions and bad relationships converge during a visit to her mother’s country estate. Her troubles begin while she is in town for a performance. A diva in every way, Desiree’s charisma is unmistakable.

Late one evening, after a performance, she is visited by her former paramour, Fredrik Egerman, who, despite being married to a young bride named Anne, has a yearning for more passion. After catching up, the duo moves beyond nostalgia only to be interrupted by the strait-laced and thick-skulled Count Carl-Magnus Malcolm.

Suspecting his mistress has found another lover, the enraged Malcolm quickly sets his sights on ruining Egerman. From here their tension escalates after they, along with their wives, are invited to join Desiree at her family’s estate for a potentially scandalous weekend in the country. Accompanying Anne and Fredrik is Petra a free-spirited servant with a penchant for spicy dalliances.

As the second act unfolds, normalcy is turned topsy-turvy for Egerman, whose danger is heightened by the presence of the hotheaded Malcolm, who is out for blood. While the battle of wits between the two rivals reaches a heated climax, their spouses, open their hearts to new possibilities. Meanwhile, Petra has her heart set on a member of Madame Armfeldt’s staff.

Anchoring A Little Night Music is Peter Kendall Clark, a talented baritone who holds his own with Lennon, creating a dynamic coupling onstage. Also terrific is Eric J McConnell, who is wonderful in his UAO debut.  Also seen previously this season in Falstaff, emerging star Brooklyn Snow returns to leave her mark on the production.

Upcoming performances of A Little Night Music will take place on August 26 and 27 at Union Avenue Opera, 733 N. Union Boulevard. For tickets and information visit unionavenueopera.org.