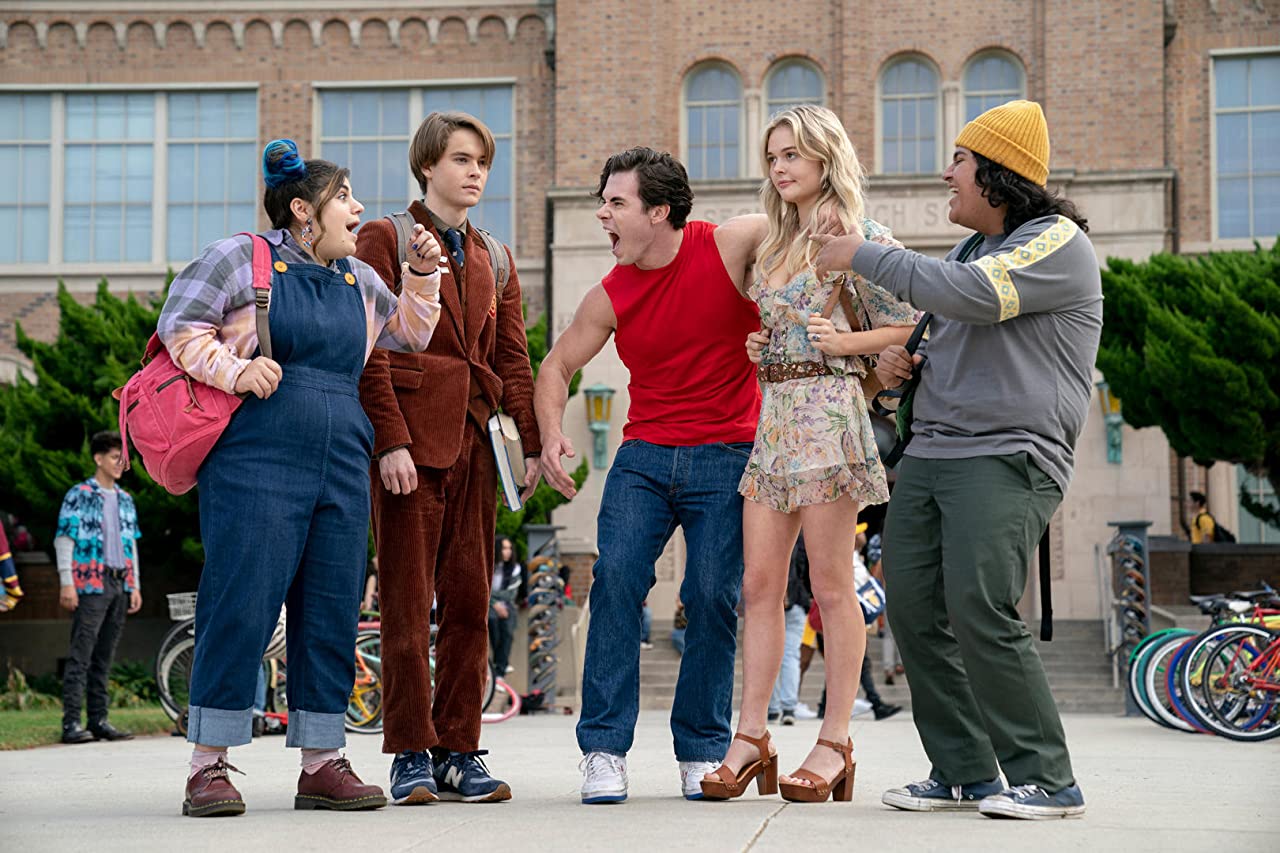 New to Netflix, The Babysitter: Killer Queen is the follow-up to 2017’s The Babysitter directed by McG and starring Judah Lewis, Samara Weaving, Robbie Amell and Bella Thorne.

To recap the first flick, Cole (played by Lewis) is left alone with his Babysitter, Bee, for the evening. What was supposed to be a fun night at home with the girl who Cole has developed some adult-like feelings for ends in an all-out blood bath as Bee and some friends try to use Cole’s blood in a ritual sacrifice to Satan. Short version; they made a deal with the devil. But, Cole isn’t as helpless and innocent as he looks as he fights for survival against the group picking them off one by one, until the inevitable showdown with his beloved Bee. The horror-comedy seemed to score well with audiences in 2017 so a sequel was put into the works.

Picking up two years after the first film, Killer Queen sees Cole in high school. With no witnesses besides his best friend Melanie (played by Emily Alyn Lind,) nobody believes Cole’s story of the killer babysitter and the violent blood cult. Existing as a social outcast at school and on a concoction of antipsychotics meant to remedy his supposed delusions, it isn’t long before Cole’s parents (played by Leslie Bibb and Ken Marino,) decide he might need some more professional help. Before they can have Cole admitted, Melanie convinces Cole to ditch school and come with her and some friends on a trip to a lake for a weekend getaway.

After Cole is away, things seem to be much more relaxing. That is, until the bloodthirsty cult returns, this time with some new friends, to finish what they started two years ago. The battle for Cole’s “blood of the innocent” is back in full swing, and Cole must again fend off against the eclectic group of adolescents who need to perform the ritual by sunrise. Reprising their roles are Robbie Amell, Bella Thorne, Andrew Bachelor, Hana Mae Lee, as well as Samara Weaving.

The comedic level in the sequel has definitely been raised, and it seems McG was aiming for a film that was supposed to be much more fun than its predecessor. This mean more blood, more violence, and more obnoxiously gory mishaps. There are even some throwback elements with a grindhouse-esque vibe to provide some backstory for our members trying to off Cole.

I went into the film expecting something fun. I enjoyed the first flick and was excited to know that Netflix greenlit a sequel. It is quite ridiculous at most times, and the over-the-top performances seem more parodical and satirical than anything, but I think that’s what helps build the foundation of the film. It makes it enjoyable. While also being classified as a horror film, I think you’ll find yourself laughing more often than feeling any type of suspense.

If you’re watching this movie, you’ve probably seen the first one and found some enjoyability in it. Chances are you’ll enjoy this one too. It’s a goofy and eccentric bloodbath that is equal parts fun violence and witty dialogue. Netflix seems like the perfect home to premiere the film, as the streamer has shown success with many similar releases before in the past.

Still a fun watch though!