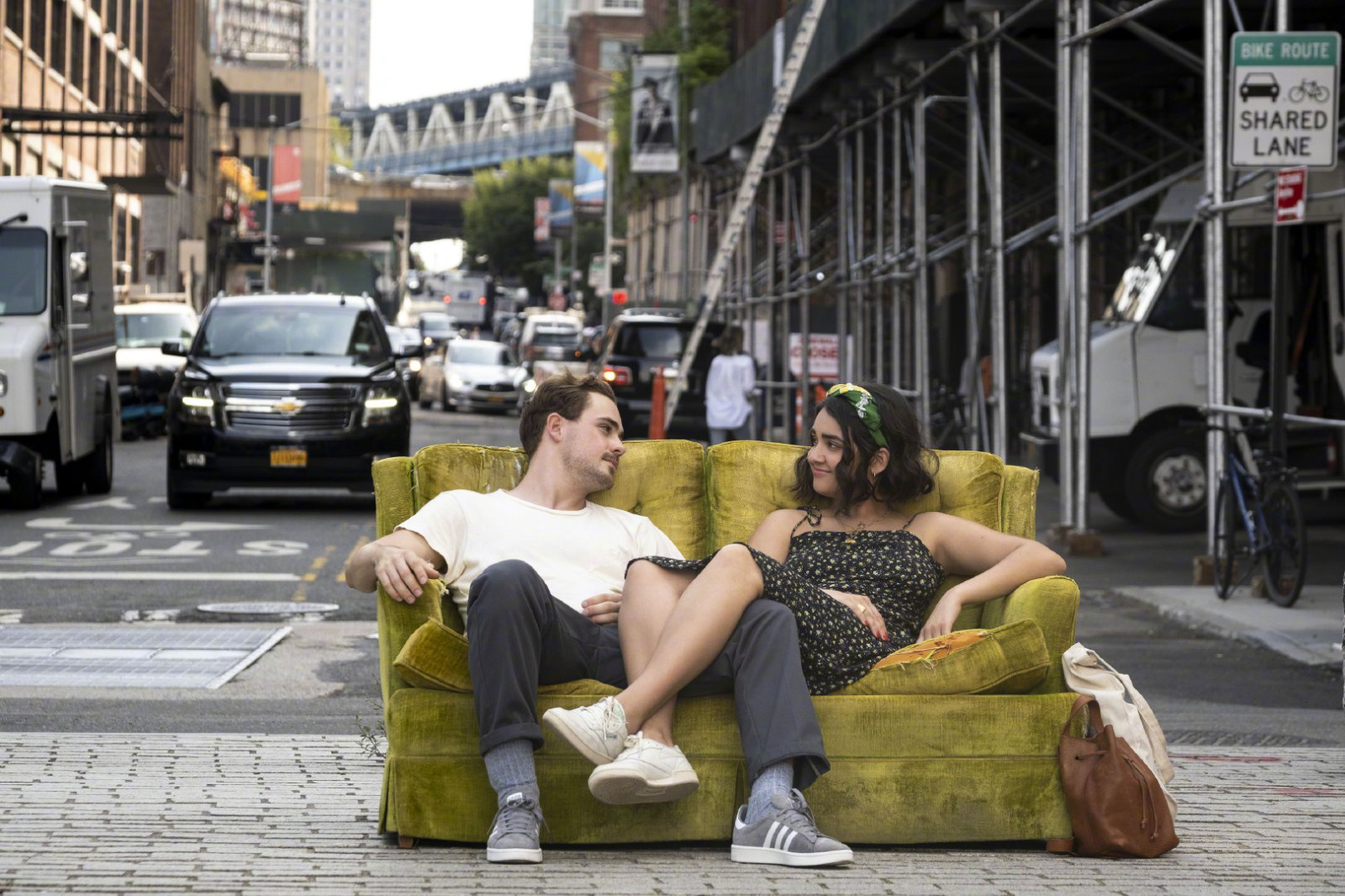 Written and directed by Natalie Krinsky, The Broken Hearts Gallery is a charming romantic comedy that benefits greatly from the two charismatic leads.

Lucy Gulliver (Geraldine Viswanathan) works as an assistant in one of New York’s hottest art galleries, until she is fired by her now ex, Max (Utkarsh Ambudkar), after going off on a drunken tangent during a show. We learn that Lucy has kept souvenirs from all of her breakups, leading her best friends Amanda (Molly Gordon) and Nadine (Phillipa Soo) to worry about her hoarding tendencies. Through a couple of chance encounters, she begins a friendship with Nick (Dacre Montgomery), who is working on renovating an old property into a hotel.

Lucy is reluctant to give up her keepsakes, but Nick convinces her to leave them at the hotel with him – where she comes up with the idea to make artwork out of people’s breakups. What starts off as Max’s tie, and a mysterious map left at the worksite overnight, quickly becomes a viral sensation online. And thus, “The Broken Hearts Gallery” is born.

The film is genuinely funny, and it can not be overstated how charismatic and talented Geraldine Viswanathan is. Her likable demeanor and energetic personality radiate through the screen, and it’s hard not to smile whenever you see her. After her standout roles in Blockers and Bad Education, as well as her role in the series Miracle Workers, she’s becoming a name to watch for. And that will only continue after audiences see her in this role.

Dacre Montgomery gets a chance to break out of the bad guy role he plays so well in Stranger Things, and proves he has what it takes to play the love interest here. The actor is endearing, witty, and everything you’d expect in a leading man. He gets to show off his range, doing something quite different than the last couple of roles he’s known for and pulls it off well.

Viswanathan and Montgomery are a great pairing, and their chemistry is off the charts. Watching their relationship grow as the two work to make both of their dreams a reality is a lot of fun.

There’s a solid supporting cast in addition to Gordon and Soo (who I have never seen outside of Hamilton), who are both great. Bernadette Peters is fantastic as always as Eva Woolf, Lucy’s former boss at the art gallery. Sheila McCarthy is only in one scene but is very memorable as Lucy’s mother. And Nathan Dales is hilarious as Amanda’s boyfriend who doesn’t speak.

Selena Gomez serves as the film’s executive producer. She’s been on a role with her career outside of the music industry, producing shows like 13 Reasons Why for Netflix and her own Selena + Chef show on HBO Max.

The Broken Hearts Gallery makes for a fantastic date movie, filled with plenty of laughs and a heartwarming story about love and relationships that is easily relatable. The two leads take a simple, yet clever concept and turn it into a memorable outing. The film is thoroughly enjoyable from start to finish, and I’m excited to see what those involved choose to do next.