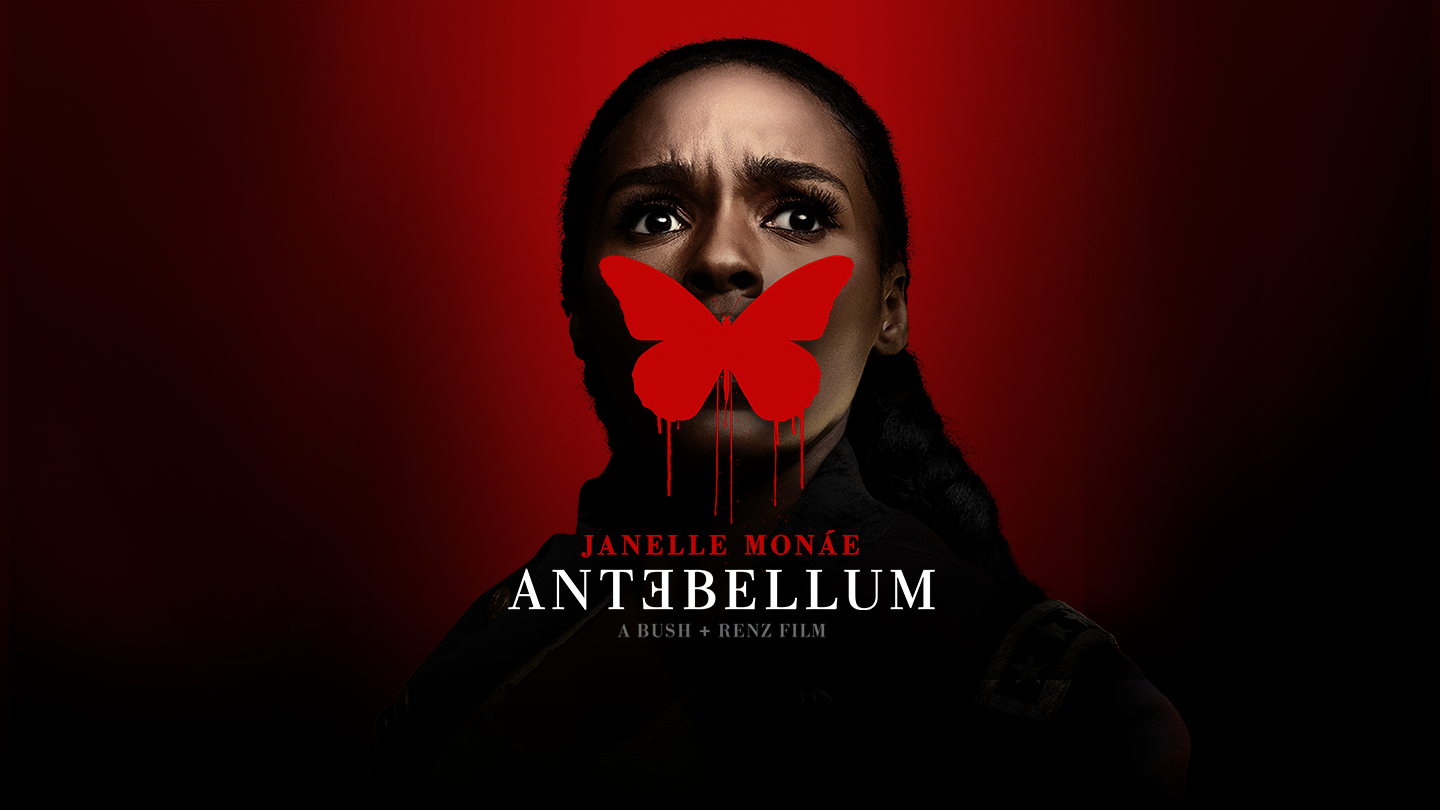 With the success of wildly popular films like Get Out and Us, it seems that the increase in sociopolitical horror-thrillers is on the rise. This has created a genre of films that exist within those categories, yet offer an interesting perspective on the social climate surrounding race, gender, class, etc.

The latest film to step up to the plate is Antebellum, directed by Gerard Bush and Christopher Renz. Originally slated for a Spring release earlier this year, the film was pulled like many others due to theatres closing given a TBD date that until recently, was unannounced. Given the success of many VOD releases bringing theatrical films to audiences’ homes, it was announced that the film would debut and be available to rent on September 18th.

The film, being the directing pair’s feature debut, stars Janelle Monae, Eric Lange, Jena Malone, Jack Huston, and Gabourey Sidibe. The story follows Monae’s character Veronica, a successful author and activist who studies the intersectionality between race, gender, and class. With a PhD, Veronica is attending an event with fellow scholars, giving panels and discussions among their specified topics of study. In a twist of events, Veronica finds herself awakening in a 19th-century plantation and called Eden, enslaved and reliving nightmares from another era. Unsure of what is happening, and with her willpower being slowly broken, Veronica must figure out how to escape the reality of the horrors in which she is trapped and return home to her family before it’s too late.

The film garnered a lot of hype when the trailer first dropped earlier this year because of its ambiguous trailer that left viewers intrigued and not quite sure what to expect. A similar phenomenon happened with the marketing behind Us and Get Out as well.

While I’m not quite sure if it’s the minimal release of theatrical films that is leaving me with high expectations for films that are currently being launched, I found myself quite underwhelmed with Antebellum. Like many, I too was excited after watching the trailer, unsure as to what to expect but quite intrigued by the bits and pieces of the preview that seemed promising. However, it seemed to miss its mark in more ways than one.

Following two narratives, both of Eden and Veronica, it seems that the story tried to create a duality between the characters Monae portrayed but lacked some much-needed development. Veronica is a strong and successful leader, while Eden is forced into submissiveness and is made to relive the nightmare of slavery. It seemed the two stories were completely disconnected and couldn’t coexist in a way that complimented each other. It wasn’t only Monae’s character that seemed undeveloped, but the majority of the characters – the exception being Gabourey Sidibe’s Dawn, a likable and humorous relief that was underused in the story.

Once the pieces start to connect, it doesn’t take long for the viewer to figure out what’s happening, or even predicting how the remainder of the film will playout. Is there a twist? Yes. Do you see it coming? Yes. Could it have been utilized better? Also, yes.

I think the foundation of a really great story was present, but a film might not have been the best manner in which to execute it. I could foresee an extremely successful limited series out of the guts of the plot, which would allow the allotted time for character development, the deeper roots of the systemic racism to be explored between two eras, as well as the proper connection between the journeys of Veronica and Eden to be told.

The film wasn’t completely without its strengths though. Janelle Monae was absolutely fantastic, and I’m hoping to see her at the forefront of future projects. And, while the film was lackluster in its connectivity, that doesn’t mean it doesn’t explore relevant and interesting topics within the social model in which it intended to do. With this genre becoming popular among audiences, it’s safe to say that other films with similar ideas will soon follow.

Overall, it wasn’t the idea that left me wanting more but the lack of story. It felt there was so much more purpose and so many more elements that could have been uncovered to really deliver a powerhouse of a project. That being said, the film is still enjoyable. Allow yourself to view the film without having the predisposition to compare it to other films within the same scope, such as Jordan Peele’s aforementioned breakthrough hits. Instead, watch it with a clean slate, and see what you think of the film and its delivery.

Do you think it works? Or, do you think there could be more with the potential Bush and Renz offered? Let us know in the comments, or on our official Facebook page.