Movie Review: ENOLA HOLMES Solves the Mystery of the Missing Franchise on Netflix 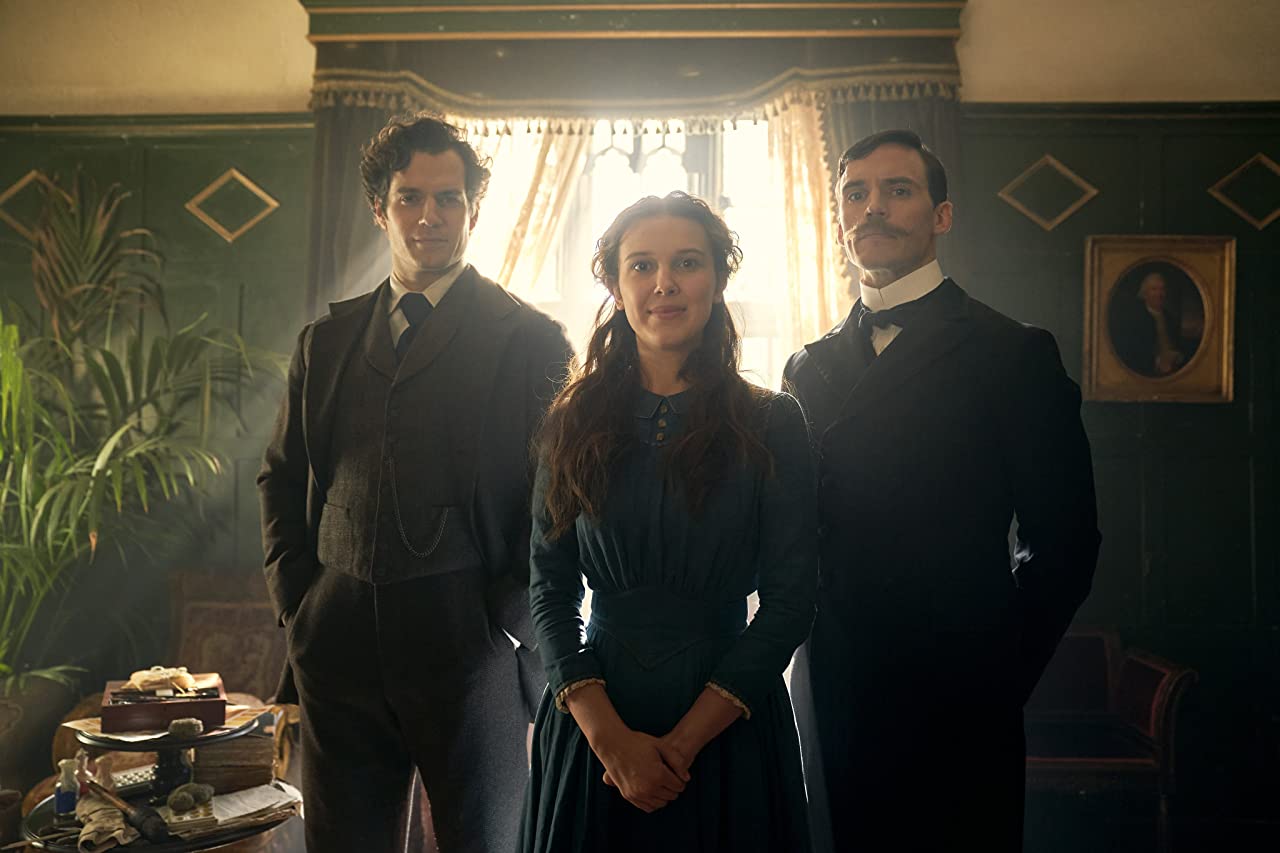 Based on the novels by Nancy Springer, Enola Holmes follows the adventures of Sherlock Holmes’ younger sister.

The titular character, portrayed by Millie Bobby Brown (Stranger Things), is more than capable of solving her own mysteries – thanks to the training from her mother (Helena Bonham Carter). However, when Mrs. Holmes disappears it is up to Enola to crack the case. Her biggest competition comes in the form of her older brothers – Sherlock (Henry Cavill) and especially Mycroft (Sam Claflin), the latter who is worried more about Enola acting like a proper lady than finding his own mother.

The film is well-paced and does a great job of giving Enola’s backstory and upbringing without the weight that can come from an origin story. It also doesn’t spend much time on her famous brother, presuming you are already aware of Sherlock’s accomplishments – which is refreshing. We see how her mother raised her in a unique way for the time period, training her in hand-to-hand combat, sword fighting, reading, science, archery, etc. Enola is more than capable and doesn’t let her gender hold her back from a world that tells her what she should be doing.

Along the way she meets the young Lord Tewksbury (Louis Partridge) who is running away from his family and obligations. The two become friends, and end up getting into trouble of their own – giving Enola another case to solve while she looks for her mother.

Millie Bobby Brown is fantastic as Enola, and charismatic as ever as she often breaks the fourth wall talking directly to the viewer. Fans of Stranger Things know she’s a good actor, but this film really gives her the chance to shine in the lead role. She seems to be having a lot of fun with the character, and it translates well to the screen. She is always believable as the capable young woman who can do just about anything.

Henry Cavill is great casting as Sherlock, and after watching the film I’d be happy to get a spin-off series or film starring him as the famous detective. We’ve seen a lot of big actors in the role, and he fits it just right. The relationship between him and Enola is sweet, and I wouldn’t mind seeing them team up more in the future.

Enola Holmes is a fun mystery-adventure, putting a refreshing spin on the genre by following a unique new character who is also a great role-model for young women. The casting is spot-on, with actors I would love to see return for future films in the series. The clever and quirky nature of the story and characters make for a fun ride, and will leave you excited for hopefully more to come.