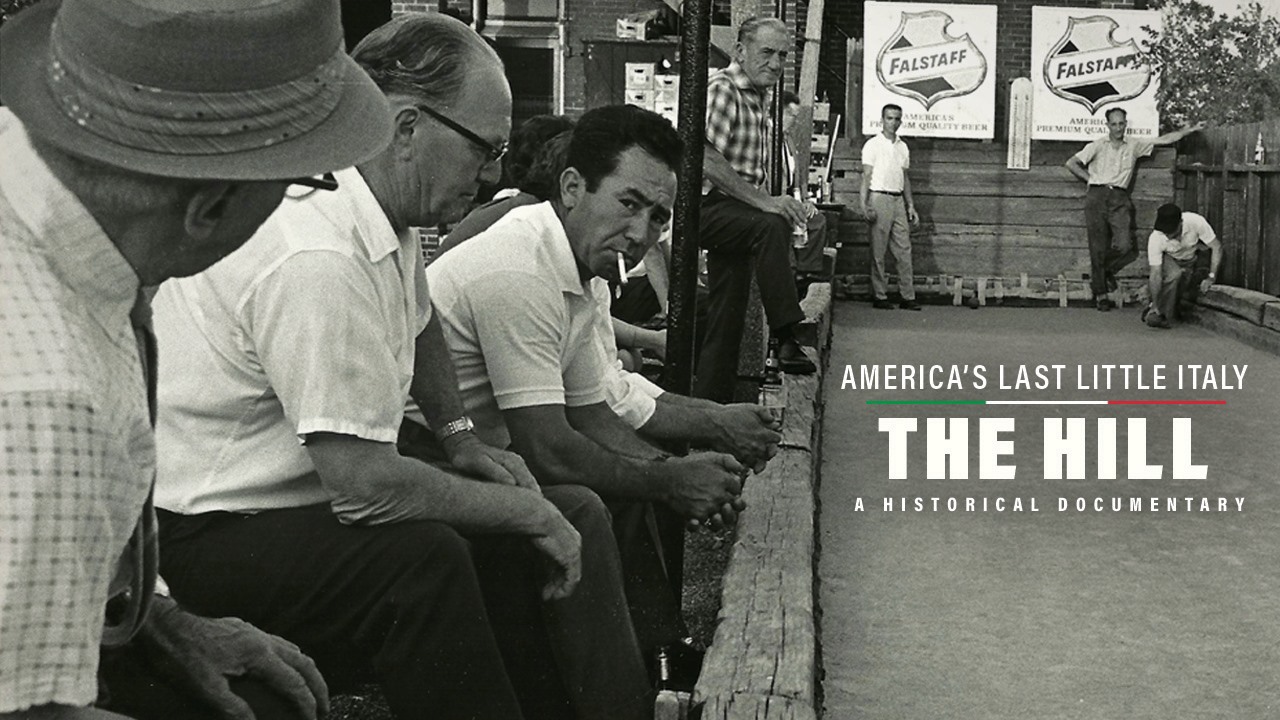 In America’s Last Little Italy: The Hill director Joseph Puleo concisely captures the history of one of St. Louis’ most storied neighborhoods in an informative and engaging documentary film. Joined by producer/editor Steve Cakouros and executive producer Rio Vitale, the film traces the neighborhood’s social and cultural heritage from the late 1800s to the present. Two years in the making, the film candidly points out that no other Little Italy compares in cultural significance to The Hill in St. Louis.

Despite being inhabited by French settlers earlier, the Hill’s Italian roots took hold in the 1870s when a Belgian company recruited poor workers from Northern Italy to work in their mines. Lured by promises of “streets paved with gold” and an opportunity to make a new life in America, these immigrants faced a difficult journey getting to The Hill. After leaving their lives behind them many were disheartened to discover that things were not as advertised.

Alone in a new land, these new citizens worked hard to make it their own by building their own church, school, grocery store and local businesses. Along the way they forever transformed a section of St. Louis without losing their cultural identity. Today, this thriving neighborhood, the last of its kind, finds a new generation of Italian Americans living and working together across 52 square blocks, providing neighbors and visitors alike with 28 delis and restaurants as well as bakeries and independently operated shops. America’s Last Little Italy: The Hill also brings to life the area’s a colorful tapestry of picture wives, prohibition bootleggers and shotgun houses.

This close-knit community also features a rich sports history. In addition to sporting clubs and bocce, The Hill produced five players on the 1950 World Cup soccer team as well as baseball hall of famers Joe Garagiola and Yogi Berra, who lived across the street from each other on Elizabeth Avenue.

The role of The Hill in World War II is also featured. This was an uneasy time for the community as the loyalty of many Italian Americans was questioned across the country. The film profiles some of 1,027 residents who fought for their country (often against Italians fighting for the Axis). As the theaters of war broadened, soldiers from the neighborhood kept tabs on each other through their own newspaper, the Clarion Crusader.

In addition to providing a historical record, the film explores how families from the The Hill have passed on the values of working, praying and eating together for over five generations. With ideals of family and work paramount to the Italian-American experience, residents have taken great care to ensure their community will continue to thrive as decades pass. On the downside, the documentary also delves into the tension between The Hill’s Northern (Lombard) and Southern (Sicilian) Italian communities and how this animosity shaped the cultural landscape of the neighborhood.

As residents point out in interviews, The Hill’s ongoing longevity as a “city within a city” is due, in large part, to St. Ambrose Catholic Church. One of those interviewed in the film is Monsignor Vincent Bommarito, whose comments on the connection between the church and the neighborhood help frame the historical importance of the parish in keeping The Hill vibrant.

America’s Last Little Italy: The Hill also focuses on Father Salvatore Polizzi, the former head of St. Ambrose, whose Hill 2000 campaign helped preserve The Hill as an ethnic neighborhood in the 1970s. A beloved anchor of the community, Polizzi is credited in the documentary for preventing blight and preserving the locality’s Italian legacy for future generations.

Any movie about The Hill must include food, and this one does not disappoint. In addition to interviewing several restaurateurs, it details how the smells and tastes of homemade Italian cooking, whether made in local kitchens or in beloved family restaurants, is essential to maintaining the vitality of the neighborhood.

America’s Last Little Italy: The Hill is a well-paced and informative documentary that moves beyond the influx of tourists and diners to highlight the residents who remain dedicated to honoring the neighborhood’s past while continuing to build its future.