Movie Review: ‘The Amazing Spider-Man’ From The Perspective of a Fanboy 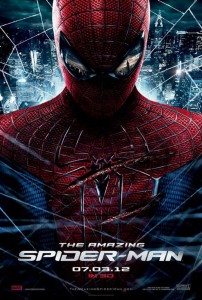 For as long as I can remember, Spider-Man has been one of the superheroes I had always come to love. It wasn’t just the enhanced reflexes, spider sense, increased strength and agility that always drew me in (perhaps as a kid, yes), but rather it was Peter Parker’s everyday problems that work in tandem with his problems on a more grandiose scale as he’s in uniform. Upon the character’s inception, he was unique in that he was a teenage superhero but he wasn’t a sidekick of any kind. He was running the show so to speak, and had to learn from his mistakes on his own accord. Now to the main point, how does the film The Amazing Spider-Man (directed by the appropriately named Marc Webb) look through the lens of an avid Spider-Man comic fanboy? Read on to find out!

For starters, in case anybody has not figured out that this is an origin story, the proverbial cat has long run out of the bag. The first time we were introduced to Spider-Man on the big screen was via the first Spider-Man trilogy directed by Sam Raimi. Some naysayers may make the obnoxious claim of the movie being just like the first Spider-Man which hit theatres about a decade ago. Again, it’s an origin story in which some similar events may occur, but there is an interesting enough spin on some of the events where it doesn’t feel like “I’ve seen this exact same thing before.” So for anybody who may be on the ropes about seeing the film, please reserve judgment until seeing it.

This film shows a very young Peter Parker (Andrew Garfield), as a child wandering around home as his father, Richard Parker (Campbell Scott), erases equations and makes haste with Peter. Joining them is Peter’s mother, Mary Parker (Embeth Davidtz), as the two worried parents drop Peter off at his Aunt (Sally Field) and Uncle’s (Martin Sheen). I’m quite happy with this movie demonstrating that Peter’s parents were there in his very early years. Their reasons for leaving are later illustrated in the film as one might expect. Parker grows into a kid with a brilliant mind, good heart, and quiet demeanor. He goes to class (and excels), takes photos, and of course, has a girl of his dreams, Gwen Stacy (Emma Stone). I’m sure there are a decent amount of people who have seen the previews and thought “Who is this blonde girl? I don’t recall Mary Jane being blonde.” Following the original continuity of the comics, Gwen Stacy was Peter Parker’s first love interest. That’s right, Mary Jane wasn’t even in the picture yet! The film again differentiates itself from the first entry in the Raimi trilogy by changing the main love interest, and staying true to continuity of the original comics. Gwen Stacy is as smart as she is cute, and naturally feels like the type of girl for Parker to be with. Garfield and Stone simply work on screen together.  They have a chemistry that is abundantly clear on screen and makes them believable (okay, it probably doesn’t hurt that they see each other in real life). Their interactions in which Parker is awkward and not knowing the right thing to say are captured to a tee. Parker didn’t necessarily have the reputation of a smooth operator in the comics. One may ask why I’m stressing this so much? There have been a fair share of movies where a supposed ‘romance’ between two characters may be bogged down by the performance of the actor and actress. Sometimes  to the point where it’s flat out nauseatingly awful. When telling a proper story about Spider-Man, his relationships are as vital as his adventures around New York. This movie most certainly gets that right. And speaking of his adventures…

Parker eventually finds himself in Oscorp (the company his father had worked for) as to learn more in the name of science. He comes in during the presentation by renowned scientist Dr. Curt Conners (Rhys Ifans). Soon enough, that fateful spider changes Parkers life with a simple bite onto the back of his neck. From there, the film continues to illustrate faithfulness to the comics in the discovery of his powers. There is a scene in which Peter does not know his own strength quite yet, and it makes for an entertaining moment in what was supposed to be part of his daily routine. I felt that was quite accurate. How well would you fare in your everyday life after being instantly gifted with “the proportionate strength of a spider”? Many will go in to the movie wondering where he gets the motivation for his costume and it’s design. I will only say this: it surely makes sense in the context of 21st century resources and a little ingenuity. For my fellow Spider-Man fanboys (and fangirls), he has BUILT WEB SHOOTERS! This is a big deal considering most depictions of Spidey in the comics show him developing some form of synthetic webbing that is stored in bunches of cartridges. Again, the movie makes sense of how a teenage boy pieces together such technology (suspension of disbelief not stretched too far). As for the web-swinging itself? It’s not a new thing in the world of cinema, but, it is done very well. I actually believed I was watching an adolescent having the time of his life swinging through the city for both thrills and a mission to help people. Garfield does a great job portraying the Parker from the pages of the comics. His portrayal is strengthened by the fact that his Spider-Man brings more of the wisecracking and humor that is deeply rooted into his character design. Had this not been present, it would have been a deal breaker for me. As crazy as that sounds, I mean it as it’s what separates him from other heroes. It’s not likely you’ll see someone saying “Why so serious?” to Spidey.

Naturally, Spider-Man is going to have his share of trials and tribulations. There is of course a traumatic event which serves to shape Parker into the man he is going to be for the rest of his life. I don’t believe I need to spell out what that event is. In his early outings as a vigilante, it seems his quest is misguided which is articulated by George Stacy (Denis Leary). Leary, too, makes an accurate portrayal of the character he is based off of. George Stacy is a family man(yes, Gwen Stacy’s father), and dedicated Captain of the New York Police department. He wants justice as Parker does, but goes about it in a more traditional manner. The other issue comes in with Dr. Conners having what seemed like a cure for his amputated arm, turn into a full-on transformation into a nine foot tall lizard. I will say that Rhys Ifans did a great job with what he was given, though an aspect of it seems like a lost opportunity. More specifically, I felt as if Dr. Conners was not humanized enough– he does have a family of his own you know. In the comics, it was clearly shown that he was a far cry from himself in his lizard form. He would desperately work just to become normal again, but his not-so-better-half would get the best of him. Basically, it was a good example of a tragedy. A good man succumbing to something which he cannot easily separate himself (both physically and mentally), but desperately wanted to be helped; to be free.

In closing, it is a great superhero film. Some of it may feel a bit familiar, but as mentioned before, it has enough of a twist to make the audience experience something new. “With great power, comes great responsibility” likely the most known quote in all of comic books, I feel it is any Spidey fan’s responsibility to view this film, minor gripes aside.

I give the Amazing Spider-Man a B+ 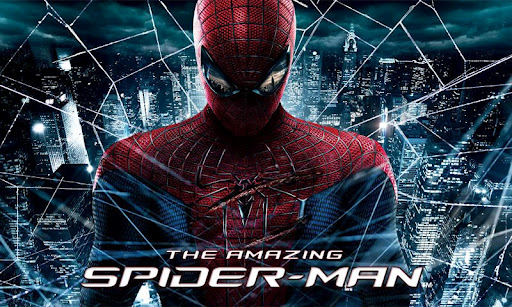