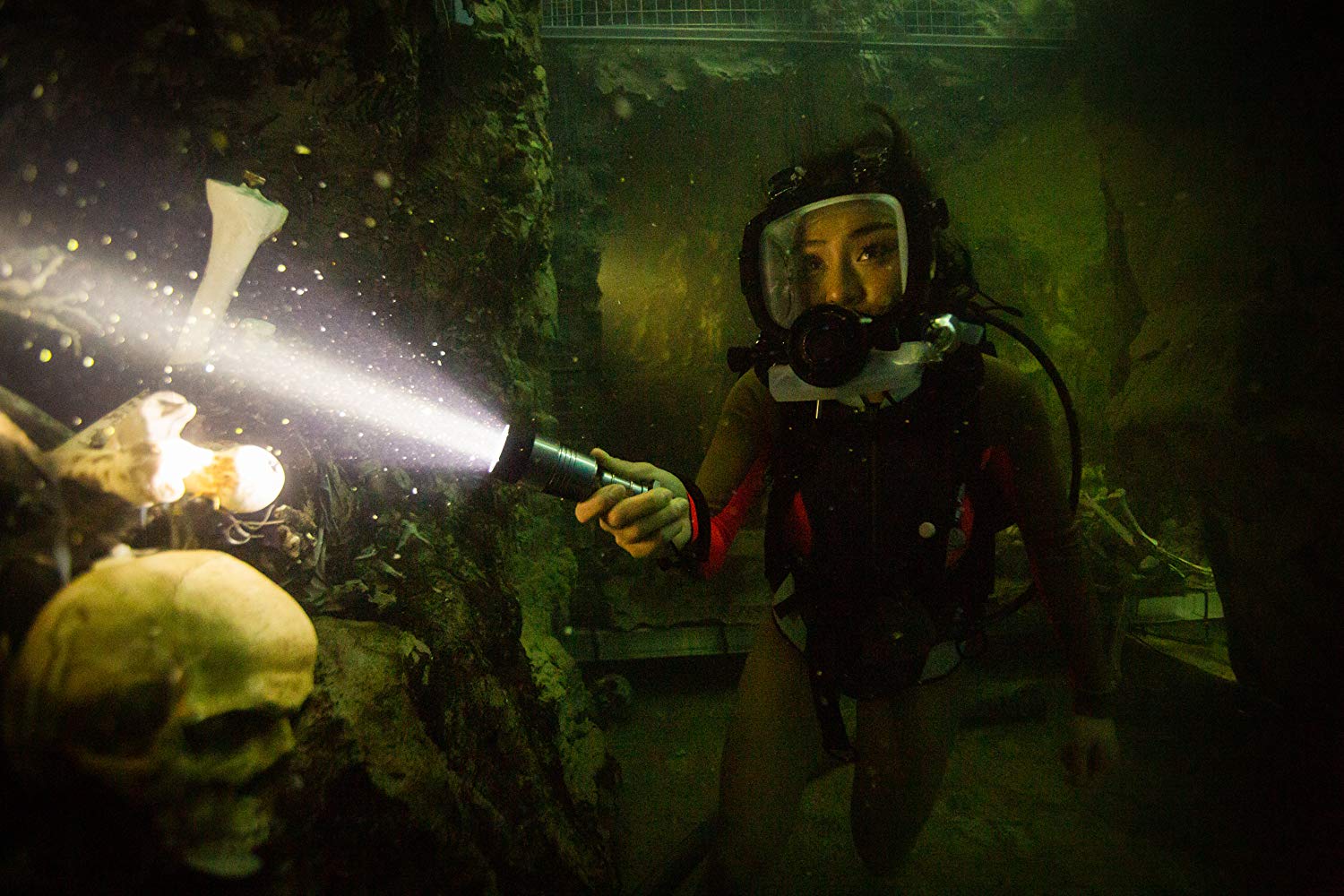 It seems that at least once or twice a year, the distribution of a shark movie with a theatrical run meets the needs of the masses to see their share of carnage (tiding them over until the next film of course,) and this year’s installment meant to fulfill that need was Johannes Roberts’ “47 Meters Down: Uncaged.” The film was a sequel to Roberts’ 2017 sleeper-cell of a creature feature “47 Meters Down,” starring Claire Holt and Mandy Moore. Originally slated for a VOD release, the feature was shelved for months until it was decided to give it a theatrical run; While it wasn’t the most popular film of 2017, it still made a splash with its release garnering a sequel. 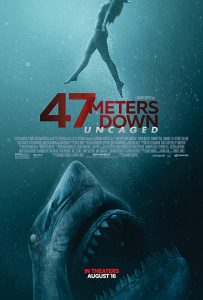 Roberts’ film follows four young girls, led by step-sisters Mia and Sasha (played by Sophie Nélisse and Corinne Foxx,) as they navigate an underwater Mayan city that has been sealed off for quite some time. Mia’s father, Grant (played by John Corbett,) is mapping the underwater city for incoming archeologists with the help of two assistants. Unaware that his daughter and friends are exploring the submerged city themselves, it’s to no surprise that the girls become trapped within the endless tunnels of catacombs and ruins. However, with their oxygen slowly depleting and an even more sinister shark hunting them – will they be able to survive?

Of course, this is always the question posed with every shark movie. The pitfall that seems to take ahold of this film is that it seems to be made up of two equal components, those being lack of character development and horrible acting. Corbett is the only known name within the feature, and besides his stint on countless made-for-tv movies, even he couldn’t save this story. It’s understandable that some depth to the characters must be sacrificed to make screen-time for the shark attacks and “chomp-chomp” scenes, but still, even a morsel of development would’ve been appreciated. One thing that also gets overplayed is the a–hole character, you know, the one that always seems to make selfish decisions to save themselves instead of the group, the character you inevitably find yourself rooting against and actually find relief when they are brutally killed off? It’s boring, tired, overdone, and no longer relevant.

As for the gore, there was little to none – when compared to fellow creature features, the CGI shark effects seemed highly disappointing, relatable to something seen on the SYFY network. It’s almost as if the director called up the editors from “Sharknado” and asked if they could borrow some of their equipment. And with that lack of investment, the non-existent acting chops and bland characters – well, the film sort of just fizzles out. With a runtime of a little over 90 minutes, you find yourself waiting for the predictable anti-climactic ending and for the credits to roll so you can finally exit the theatre.

That being said, I will commend the plot for introducing a new element of horror into the genre of shark films. Being set within an underwater city with dark caves and tunnels, it was interesting to see how the director worked the cinematic feel of a ‘haunted house’ threaded within the storyline, with the viewer anticipating what awaits the characters down the dark tunnels and around each corner. It’s a shame this aspect wasn’t utilized more, as it could have really helped strengthen the movie.

It seems this year’s roster of movies that should make you afraid of the ocean seemed to fall short, as a good shark movie is nearly impossible to come by these days. However, that doesn’t mean Hollywood is going to stop making them, nor are we going to stop seeing them. The best that could happen is that the filmmakers learn from their mistakes and have better luck next time. With this particular film, a theatrical release wasn’t only unnecessary, it was uncalled for. A direct-to-DVD or short run on VOD would have been sufficed, giving viewers the opportunity to jump ship midway through should they choose to do so.

Overall, I would give the film a D+ 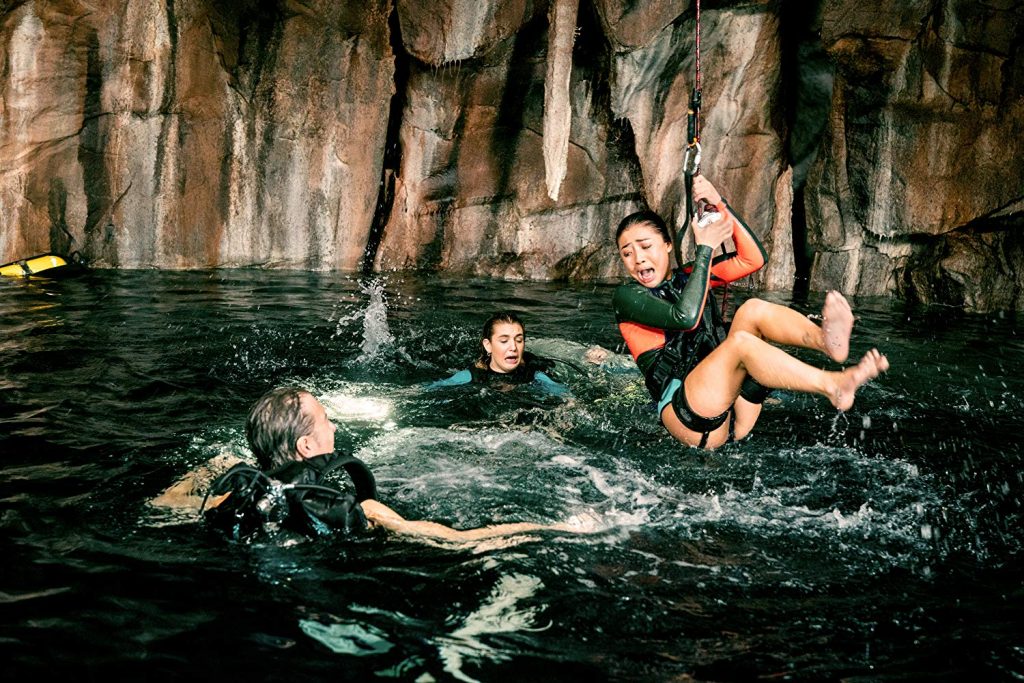