In case you haven’t heard – Ben Affleck is Batman.

Of course it is natural, since they star in every movie together, to assume that Matt Damon will be Robin in the upcoming Man of Steel sequel. 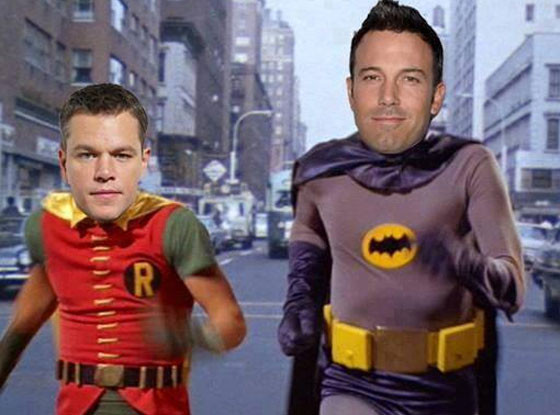 This little gem has been floating around the internet for the last couple of days (benaffleckjusticeleague.com)

Well, in the most recent series of Hollywood letdowns, Matt Damon himself has confirmed that the dream casting is all but true. He told the Times of India,

“I am a little older than Ben. I never saw Robin as older than Batman. Somebody sent me a picture actually (of his face photoshopped on Robin’s body and Ben’s on Batman’s). It was really funny. But it’s safe to say I won’t be Robin.“

The latest in unconfirmed rumors also puts Damon in talks to star as Aquaman in the upcoming Justice League film slated for a 2017 release.