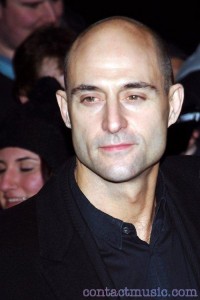 Last week the rumor was that Jackie Earle Haley was all set to play the fallen Green Lantern Corps member, Sinestro. Those rumors have now been debunked by many including director Martin Campbell, and it seems they have their new choice, Mark Strong.

Strong most recently appeared as the villain in the winter hit, Sherlock Holmes, as Lord Blackwood. He is next appearing as the villain in the comic book film, Kick-Ass. There is little question here that Strong is very strong (no pun intended) at playing villains. Sinestro seems very up his alley, as a thinking villain who abuses his Green Lantern and is kicked out of the order and imprisoned.

Martin Campbell has discussed the matter of Sinestro with the press, and it seems most likely that he will not be the main villain in the first film. There is a good chance that he will only be a member of the Green Lantern Corps, and a mentor to Ryan Reynolds’ Hal Jordan. Expect some turn at the end of the first film to begin Sinestro’s downfall.  In addition to Sinestro, other Corps members will be shown including Kilwog, Abin Sur, and Tomar-Re.