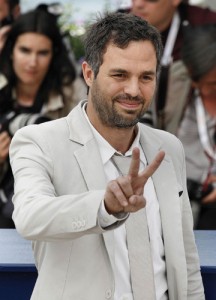 Ryan Murphy has enjoyed a lot of success in recent years on the small screen, but can his talent of showrunning translate to the big screen? We will most likely find out this summer when his Eat Pray Love hits the big screen. All signs point to the fact though that Murphy is starting to show interest in big screen endeavors. The lastest? Murphy will be teaming up with Mark Ruffalo in Normal Heart.

Normal Heart tells the story of gay Jewish activist, Ned Weeks, who created a HIV advocacy group in the 1980s.  The film will be based on the semi-autobiographical play by Larry Kramer.

Ruffalo had this to say in an interview with MTV:

“It’s basically a story of when the AIDS outbreak happened in New York. It wasn’t really taken seriously, I think specifically because it was ‘the gay cancer’, they called it. I think it’s a really interesting time in America.

“I think to see someone who really does change the world by his commitment and he’s even totally by himself at times, there’s still a real power in that. I love that it’s a people-powered movement that actually changed the way our government looked at this epidemic.

“I think there’s a real powerful message to that and something that we forget. We can get really cynical about what we can do, it gets stacked against us and they’re all corrupt – and at the end of the day, everything starts with people. The reason they’re there is because of us.”

Sounds like pretty heavy material. Much different than Murphy’s TV project on Fox, Glee. I’m glad to see Ruffalo is taking on some challenging roles. Let’s hope he continues, because I feel the actor has a lot of potential.