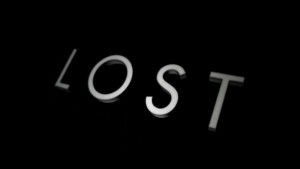 I like many other people sat down in front of the TV on September 22, 2004, and witnessed what I think will stand as one of the greatest pilot episodes for a TV show ever.  I had seen many promotions for a new show about an island of castaways, and there was just something that piqued my interest. (Along with almost 19 million viewers.) When I sat down and watched the pilot with my best friend, and my mother, we were all left in amazement.  Had we really just seen something that exciting? Something that had cinema like visuals, life like characters, and intense mysteries to top it all off? Yes, we had.  That was when my love for Lost was born.

Since the first season I have yet to miss an episode. The first few seasons were watched with commercial interruption, but subsequent seasons were helped along by DVR viewing, where I could I skip to the next awe inspiring moment. The show created endless debate between friends, whether it be face to face, on the phone, or across message boards.  For the past five and a half years Lost has been a cultural force in our society.  I’m not the only one who let it dominate water cooler discussion, and for that it will stand the test of time as a pop culture icon. Phrases like “Not Penny’s boat!” will go down in history with phrases, “No, I am your father.”

It is because of my reverence for this show that I almost feel like I am writing an obituary rather than a discussion of its finale.  I had a  sadness I’ve experienced many other times with much loved stories. Over the course of six seasons it is hard not to get attached to these characters. We’ve laughed, cried, and screamed angrily at our TVs as their stories progressed. When our favorite characters were in danger (which was often on Lost), we bit our nails, and sat at the edges of our seats waiting for the inevitable outcome.

As I sat down to watch the finale last night, every piece of this was on my mind. How could I ever get the emotional payoff I was looking for from this show? My expectations were so high that I thought for sure they couldn’t be met. I now sit here writing this, after watching the finale twice, and both times the finality of it all hit me. The closure of the show was perfect, and it hit such great emotional highs, that I can’t be too upset at the mythological questions that were left unanswered.

Here is a nice long list of my favorite things about the finale. (Spoilers are contained within this portion.)

Sure, there are some unanswered questions, and many of them will be debated endlessly online. That is one of the main points of the show. What fun would it have been if everything was answered so easily? There would have been nothing left to hold onto. That doesn’t mean I don’t hope that Carlton and Cuse will break radio silence to throw us a few nagging questions, but I wouldn’t be surprised if they didn’t.

So, what did you think of the finale? Let us know in the comments. I’ll be sure to debate with you.