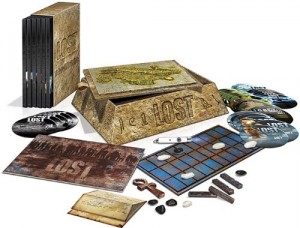 Amazon.com has a great one-day deal going on for LOST right now. Today only, you can purchase Lost: The Complete Collection on Bluray for only $99.99. That is $180 off of the regular price!

Watch the entire epic story of Lost – the series that redefined television – from its phenomenal opening scene to its magnificent final moment. Uncover the secrets of what caused Oceanic 815 to crash, what ultimately drew the passengers together, and relive their incredible journey as they battle to rewrite their own fate. Experience a landmark in the history of entertainment with Lost: The Complete Collection, featuring every episode of all six seasons and includes one full disc of never-before-seen bonus with over two hours of content exclusive to the complete collection. Television doesn’t get any better than this.  –Amazon.com

Relive on of the most incredible shows in television in crystal clear HD for a fraction of the retail price.

Purchase Lost: The Complete Collection on Bluray at Amazon.com.