Lost Season 6 Premiere Review – What the What? 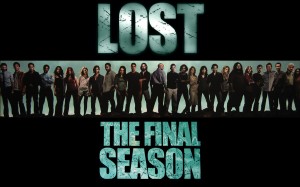 Note: If you have not watched the episode yet, there are spoilers ahead!

So, I am already ready to anoint this alternate universe(?) enhanced season premiere of LOST into my top five favorite episodes and am incredibly intrigued at the possibilities of this new thematic device being introduced to show.

The big cliffhanger of the previous season was Jack wanted to detonate a nuclear bomb at the swan site and in the process negating the incident that led to Oceanic 815 crashing on the island and erasing all of the castaways experiences that led them up to that point since crashing. The other school of thought, the nuke is the incident that causes the need for the button and Jake was always supposed to blow up the bomb. So what was the result?

Apparently both, and we spent the first two hours of the season jumping back and forth between Flight 815 safely making the trip to LAX and the castaways on the island sent forward in time to the island present of the show, which is 2007, and dealing with the consequences that were unfolding around Jacob and the Man in Black. If this doesn’t make sense to you, you shouldn’t be reading this or jumping into LOST right now, go get caught up on Blu-ray!

Now the first major clue that the show gives us that things aren’t quite the same in the 815 timeline as they were in Season 1 is the fact that the island is under water and and this happened at some point after the Dharma Initiative showed up on the island. Now what does that mean, we obviously will have to wait to find out, but we quickly learn from some clues on the plane that this isn’t playing out like it did when they first crashed. Join me in some bullet points:

-Desmond is on the plane, well maybe, he was very illusive. And oh yeah, what the f*** is up with that? Is he skipping through time? (oh, I like this idea)

-Shannon does not come back with boone

-Charlie is choking on drugs not doing them

-Cindy “the flight attendant” only gives Jack one bottle of liquor

-And there are a lot of faces we do not see on the plane that should be, and might be and just haven’t seen yet but in the instance of Shannon it was made very clear.

I can’t wait to see where they take this plot line, from Jack possibly curing Locke, whether Claire and Kate get into trouble and whether Aaron is in Claire’s womb as I think them not showing Claire below the neck was is a deliberate tease. What kind of trouble are Jin and Charlie going to be in, did Sun never learn English in this plot line, and the countless of other encounters are destined to have with a bunch of friendly faces from throughout the show. (My not so bold prediction, Faraday will end up being a great musician whenever we eventually run into him.)

These little bits are incredibly intriguing and once we get around the whole WTF of it all, this plot line of what would happened if they never crashed becomes very intriguing and almost as engaging as the on island coming and goings and I am really excited at the prospects of this bifurcated universes unfolding simultaneously as the show moves towards its end and can’t wait to see how the two compliment each other, the interactions these seemingly random individuals end up still having, and whether or not the pre-existing timeline and this alternative ever end up running together. (And the ramblings of a dying Juliet seem to lend themselves to the idea they are connected and she at the moment is caught in between the two).

Now all this alternative storyline stuff was incredibly intriguing and exciting and enjoyable to watch, but the drama unfolding around the events on the island quickly dives into the ongoing battle of Man in Black vs. Jacob and oh what a battle it looks to be. After a touching moment between Sawyer and Juliet as she passes we come across the aftermath of Ben stabbing Jacob under the guidance of Locke/Man in Black and Jacob’s loyalists who showed up on Ajira 316 storming into Jacob’s abode under the four toed statue. Well we quickly get one of our first big questions answered when Black Locke turns into the Smoke Monster and laying to rest the mystery behind the terror that has caused countless problems for the island for the last five seasons.

A dead Jacob also comes to Hurley, he can see dead people, and tells Hurley that he and his friends need to get dying Sayid (shot in Season 5 finale in the gut) to the long mentioned Temple of The Others if they want to have any chance at saving him. The castaways, minus Sawyer and Miles who bury their friend Juliet, head to the wall surrounding the Temple and into the ancient tunnels that run under the island. Ambushed by The Others the castaways and us are introduced to a pair of top Others lieutenants that decide to kill them before some fast talking by Hurley proving their connection to Jacob. The Others try to save Sayid but find that their spring has changed and the healing powers seem to not be working leading to them being unable to bring back our favorite assassin. Following the failed attempt, Hurley lets the Others know that Jacob is dead and the group is sent into a defensive frenzy as the fear of the Man in Black finally finding his loophole poses a serious threat to the Others apparently. Follow to some more exciting bullet points:

-I love the Temple, glad we finally go to see it

-Cindy and the kids, glad to see them again

-The Asian leader Other, I am quickly a big fan of

-Man in Black is already demeaning Ben, you just saw what he did to Jacob after being marginalized, not smart Man in Black

-The explanation of the Ash’s need around the cabin is explained and I like it, but I want to know why it keeps the Man In Black away.

-Jack going back into “must save” mode again, don’t know how to take that

-Why was Juliet so pissed that Sawyer was still there and wanted him to never come? So she doesn’t have to feel the pain of loss?

-What was Miles hearing from a dead Sayid?

The final scenes of the ep knock it out of the park as well and I can’t wait for next week. Sayid’s resurrection at the end does not bode well as I doubt this is the Sayid we know and love and good very well be Jacob or I think might possibly be the Man in Black. Also Terry O’Quinn is fantastic as our new Man in Black/Locke and him marching out of the statue, knocking out Richard, and carrying him into the jungle is one of highlights of the show for me.

I’m sure there is more to talk about, but I have only watched once so sorry for any more incoherence than usual. The season is off to a great start and I love what they are doing, and to be quite honest if they don’t blend these to plot lines together and let them both exist on their own I don’t think it would bother me one bit. I don’t think that will happen, but I love the idea a lot right now and have no complaints about the episode besides the completely over did it line with the TSA person asking Sun if she speaks english.

Oh well, till next week…