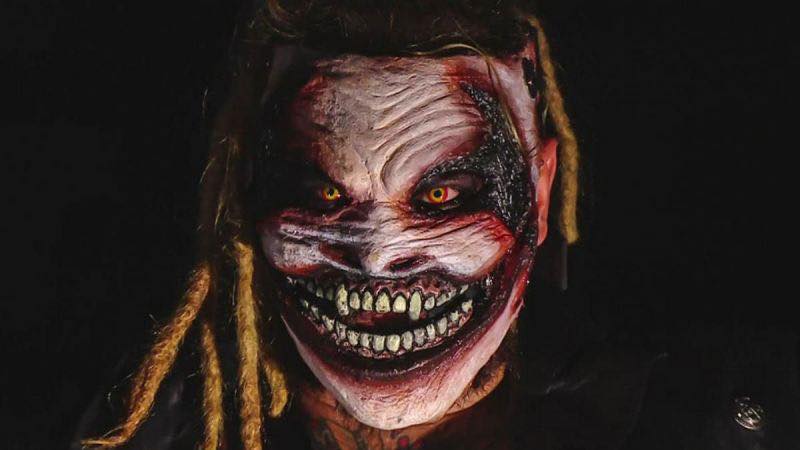 Wrestling fans all over the world have been captivated by the reintroduction of Bray Wyatt.

Wyatt, who burst onto the WWE scene in 2014 and was a World Champion, had seemingly disappeared from television. Many fans felt his character had grown stale, not because of anything Wyatt had done. The WWE had booked Wyatt poorly, as he lost nearly every big match he was in. It seemed some time away would be good for the wrestler and his character.

After several months away, fans began wondering if Bray Wyatt would ever return. Then on April 22, the character reappeared in a weird vignette on Monday Night Raw. Wyatt’s character had undergone a transformation. He now appeared as a creepy Mister Rogers-type character. While many fans were intrigued, no one suspected his character would develop into one of the most talked-about WWE characters in years – The Fiend. Week after week, Wyatt appeared on screen, talking to children, along with puppets. Creepy, yes, but downright scary, no.

It wasn’t until The Fiend appeared, that things got scary. Wyatt was seen in one of the scariest masks that has even been donned in a WWE ring. The character was downright scary. In the coming weeks, Wyatt would appear in the middle of the ring, taking out Mick Foley and Kurt Angle, then quickly disappear when the lights came on.

On Sunday night, Wyatt made his in-ring return as The Fiend. Wyatt defeated fan-favorite Finn Balor and created a storm on social media. Wyatt’s ring entrance was a sight to behold and be terrified of. Dawning the mask, Wyatt also had a lantern that appeared to be his head. Some claim the lamp signified the killing of his former character The Eater of Worlds, but regardless, it was one of the most discussed and downright terrifying entrances in WWE history. The company took no time to capitalize on the success of the reimagining of Wyatt, as the company sold out of limited edition Wyatt crates and his mask can be purchased for $49.99.

While it’s been widely publicized that the mask was made by horror actor, stuntman and special effects guru Tom Savini and a team of sculptures, the mask and lantern actually have a local connection to St. Louis.

Kyle Scarborough, owner of The Washington Tattoo Collective, actually designed the now infamous mask and lamp that Wyatt carried to the ring at Summerslam. Scarborough said he was notified by Wyatt about his interest in having him create a mask over the winter.

“We initially got in touch due to his desire to get some tattoo work done, but due to his schedule, we couldn’t make that happen,” Scarborough said. “We actually stayed in touch though and last time WWE was in town he had me out to the show. We just kind of stayed friendly and then out of nowhere he got in touch with me about a multitude of ideas.”

“The idea was to have the face that we know that he has, stretched over a lantern with a glow coming out of his mouth,” he said. “He had a very clear vision.”

Scarborough has been a wrestling fan for his entire life. He said he used to watch VHS tapes as a kid and would have get-togethers with friends to watch pay per views.

“It’s always been there my entire life, even when I didn’t follow it as closely,” he said. “I actually wrestled myself on the independents in the 90s. The passion was there.”

Scarborough said he remembered watching Wyatt when he first appeared.

“He had sort of a Cape Fear vibe and it was really interesting,” he said. “Really once the character was on TV, I kept tabs on it.”

When Wyatt contacted Scarborough, the artist said he wasn’t sure if the idea would work.

“For him, it was an idea that I don’t think he thought would get off the ground,” he said. “There was so much depth to it and I think the landscape changed enough that he had all these things in place and was allowed to explore where he was mentally.

Being a fan of wrestling, Scarborough compared Wyatt to WWE Hall of Famer Jake The Snake Roberts.

“He’s this generation’s Jake Roberts,” he said. “He always felt like he was good at what he didn’t need the storyline, the storyline needed him. This is his magnum opus.”

Scarborough said he felt flattered that he was Wyatt’s first choice given all the artists who were potentially available to Wyatt.

When Wyatt returned to TV in late April, much like all the other fans, Scarborough said he had no idea what to expect.

“The fun part for me was every Monday to sit and watch what would happen,” he said. “I knew about the puppets, but I had no idea what was going to happen. I had the confidence knowing what little I did know. This is all by design. That’s the brilliance of it. He kept swerving everybody.”

The night Wyatt debuted the mask, Scarborough found out through a text message, as he was at a concert.

“It was pretty brilliant,” he said.

Scarborough admitted it was kind of scary to think about how big the mask and lantern idea could get, but he had previous experience in working with a pro wrestler. He designed a t-shirt for New Japan wrestler Tama Tonga which was sold through Pro Wrestling Tee’s.

“That was the first time I thought, this is frustrating because we had a handshake agreement,” he said. “I realized the importance of contracts. I reached out and spoke to some other people who had worked with the company and they spoke highly of the WWE and said they had always treated their artists well. I had no reason to have any concerns and it’s been an easy road so far.”

One thing that surprised Scarborough, along with many fans is the fact that the WWE edited out the lantern for their Youtube channel. For a company that is targeting kids and has came a long way from the Attitude Era of the 90s and early 2000s, the mask may have been a bit risqué.

“I’m surprised in the sense of how popular it is,” he said. “The character has been a monster attention getter, so I’m surprised. People are looking for it, but I think they have to be very delicate and try to keep everyone happy. That’s way above my pay grade. I’m sure they want their website to be fan-friendly.”

Now that Wyatt has made his return to the ring, there’s no doubt that Scarborough’s creation will be seen all around the world and worn by fans attending WWE live events.

A fan like the rest of us when he’s watching wrestling or spending time with his family, Scarborough can be found at his shop in Washington, MO on 830 W 5th Street. You can also check out some of his work on The Washington Tattoo Collective page on Facebook. 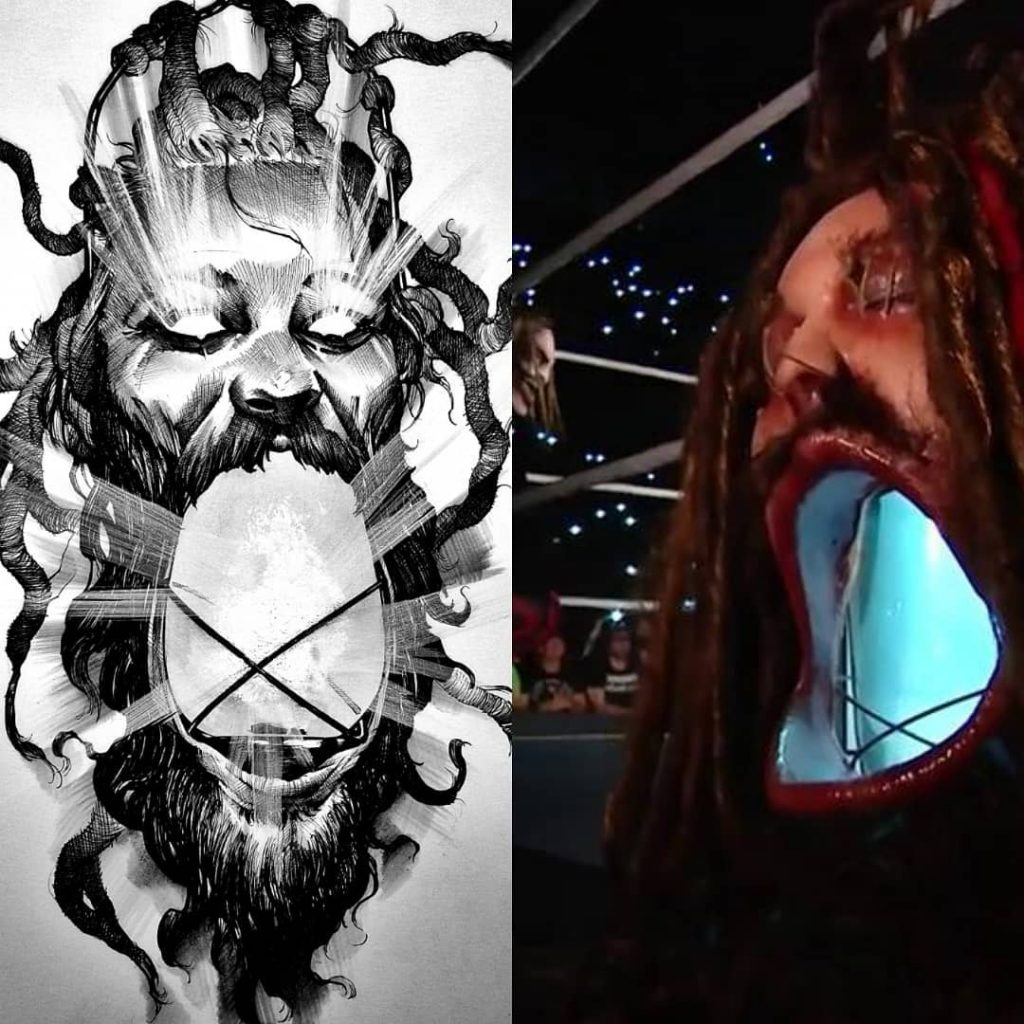