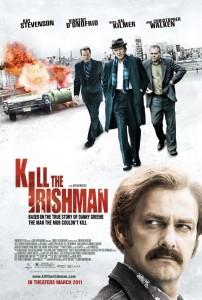 Over the summer of 1976, thirty-six bombs detonate in the heart of Cleveland while a turf war raged between Irish mobster Danny Greene and the Italian mafia. Turning the tables on loan shark Shondor Birns and allying himself with gangster John Nardi, Greene stops taking orders from the mafia and pursues his own power. Surviving countless assassination attempts from the mob and killing off anyone who went after him in retaliation, Danny Greene’s infamous invincibility and notorious fearlessness eventually led to the collapse of mafia syndicates across the U.S. and also earned him the status of the man the mob couldn’t kill.

Screening is Thursday, April 7 at the Landmark Tivoli Theatre (7pm).