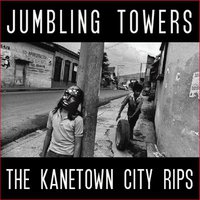 Jumbling Towers is throwing a CD release party tomorrow night to promote their newest album, “The Kanetown City Rips.” The group has been working on the album for almost two years. The show will be taking place at the Firebird, and will feature Thankful Tree and Safety Words as well. The show starts at 9:30pm, and goes until around 12:30am.

After a year (or two) since starting The Kanetown City Rips, we have finally finished, and are going to celebrate by playing a show at the Firebird on Saturday, May 1st of 2010. The CD will be available on that evening, and we will be featuring new songs from the album and also from songs that are even newer than the album?

I know that may seem amazing… but it’s true. Songs we haven’t even recorded yet (and some old songs too). It’s a new era, homies.

Joining us will be long time friend Thankful Tree, and up and coming badass Safety Words (which means the show promises to be off the hook in multiple ways.)

But seriously get ready to party.

Check out Jumbling Towers on MySpace, or their official website: jumblingtowers.com.