Joss Whedon to direct an episode of ‘Glee’

Two of my geeky likes are clashing in what could be the greatest thing on TV this year. Michael Ausiello over at Entertainment Weekly is reporting that Joss Whedon is going to be directing one of the back 9 episodes of Glee. Whedon is no stranger to musicals, with both Dr. Horrible’s Sing-a-long Blog and Buffy the Vampire Slayer’s fantastic episode ‘Once More With Feeling’, he is a perfect fit. 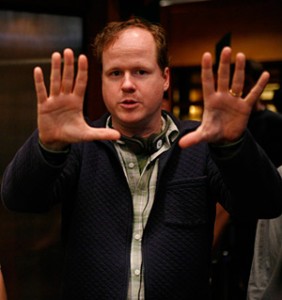 If I hadn’t been warming to Glee already, this for sure would’ve begun defrosting me: Dollhouse-keeper Joss Whedon has agreed to direct one of the back nine episodes that Fox just ordered.

Turns out, the genius who gave us not only the “Once More, With Feeling” musical episode of Buffy the Vampire Slayer but also Dr. Horrible’s Sing-Along Blog is a big fan of Ryan Murphy’s new phenom. So when Twentieth (the studio behind Glee) approached him about the gig, pretty much his only reservation was scheduling.

“Joss directed one of the great musical episodes in the history of television on Buffy,” gushes Murphy, “so this is a great, if unexpected, fit. I’m thrilled he’ll be loaning us his fantastic groundbreaking talent.”

And there’s no reason to panic, Dollhouse fans: I’m told the auteur’s moonlighting in no way, shape or form suggests that that show is a goner. He’d most likely tackle the side job after Eliza Dushku and Co. have wrapped their 13-episode order.

So whad’ya think? Good news or great? And any bets on how soon the petition will be started to get Sarah Michelle Gellar a bit part?

This can only be good for the ratings of the show. I’m sure there are plenty of Whedon fans who don’t watch the show, and will flock to it now that he has anything to do with the show. Now, if we can only get people to flock to his show, Dollhouse, and we will be all good.