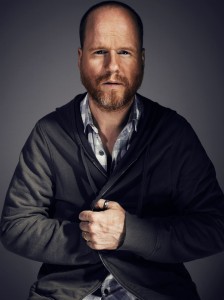 With the success of the Veronica Mars Kickstarter project, we all knew it was coming. On the other day on the way to the show, me and another writer for ReviewSTL, discussed what other shows might try to come back with a Kickstarter. The first one that came to mind was Firefly. It has a huge and fanatical fan base, just about everyone associated with the show has stated they want more of it, and there are still plenty of stories left untold. However, Joss Whedon is now in charge of the highly popular Marvel film series after he orchestrated the universe over the past few films, and directed the immensely popular, The Avengers.  So, what does Joss have to say about it?

That’s what everybody wants to know about. Uh, yeah. My fourth feeling when I read about it was a kind of dread. Because I realized the only thing that would be on everybody’s mind right now. I’ve said repeatedly that I would love to make another movie with these guys, and that remains the case. It also remains the case that I’m booked up by Marvel for the next three years, and that I haven’t even been able to get Dr. Horrible 2 off the ground because of that. So I don’t even entertain the notion of entertaining the notion of doing this, and won’t. Couple years from now, when Nathan’s no longer [on] Castle and I’m no longer the Tom Hagen of the Marvel Universe and making a giant movie, we might look and see where the market is then. But right now, it’s a complete non-Kickstarter for me.

Looks like Whedon loves the sound of it, but doesn’t have the time to commit to a project. It also sounds like he doesn’t want to get his hopes up, because there are bigger problems associated with making a Firefly movie vs. Veronica Mars:

For me, [Kickstarter] doesn’t just open the floodgates. God knows, things are cheaper now than when we made even Serenity. Good effects can be done in a different manner. Nor is that universe all about spectacle either. But it is a tad more expensive — and a little all-consuming! And of course, there’s the other fear: What if it’s not that good? I can do something that’s not that good — that’s fine. But if I do thatand it’s not that good, I’m going to feel really stupid.

Because I’m too busy to deal with it, I did have a moment of just, “Oh my god! I’m in trouble now.” I’ve always said, “Yes, I’d love to do another one,” and it’s still true. But I sort of got slapped in the face with it. Or probably will.

Let’s not forget that Whedon is a big fan of Veronica Mars, having gone as far as appearing on the show in a bit role in the series second season.  I’m also sure he’d love to consider the idea, but as he says, he is tied up for the next three years, possibly farther than that.

Still, there is no reason we can’t use this Kickstarter idea for other programs. What programs would you like to see Kickstarted?