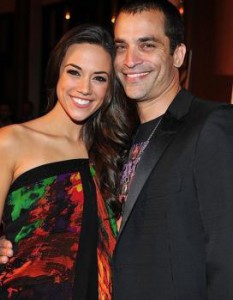 Well, that was quick. Just one month after saying “I do”, actor Johnathon Schaech, of That Thing You Do fame, and actress Jana Kramer, from the CW’s One Tree Hill, have called it quits.

“Jana and Johnathon have agreed to dissolve their marriage,” Kramer’s rep tells E! Online. “Jana is humbled by the outpouring of support from her fans, friends and family, and appreciates the respect of her privacy.”

Quite a difference from when Scahaech told the media that getting engaged to his Prom Night co-star was the “happiest moment of my life.” I have to wonder if any of this turmoil has to do with jealousy over Schaech’s ex, Christina Applegate, and her engagement and pregnancy?