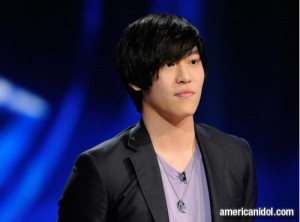 Get to know John Park from Evanston, Illinois:

John Park talks about being different and having a voice. He also loves to eat in massive amounts, watch cooking shows, and consume meat.

Click here to see who else was voted off tonight.

What do you think of the contestants that were voted off? Who do you think will win the competition? Leave your comments below!