John Mayer Playboy Interview – Makes an Ass of Himself

I’m not a big fan of John Mayer’s music. I don’t hate it, and I think he is talented, it just isn’t my thing. I kind of think he is a quality bullshit artist. He sings about love, but is a notorious playboy himself. I’m not saying I wouldn’t be any different if I was in his place. I just think it is kind of contradictory. Overall, in interviews I’ve seen him in, he’s funny and a little self deprecating at times. His latest interview with Playboy seems to leave everyone with the impression that celebrity has gone to his head, and the amount of ridiculous stuff that comes out of his mouth puts him on a 6 on the Lindsay Lohan/Britney Spears Crazy Scale. Some highlights: 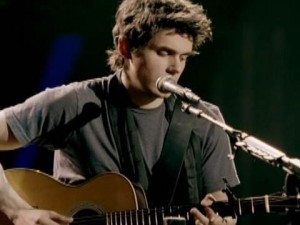 Playboy: If you didn’t know you, would you think you’re a douche bag?

John Mayer: It depends on what I picked up. My two biggest hits are “Your Body Is a Wonderland” and “Daughters.” If you think those songs are pandering, then you’ll think I’m a douche bag. It’s like I come on very strong. I am a very…I’m just very. V-E-R-Y. And if you can’t handle very, then I’m a douche bag. But I think the world needs a little very. That’s why black people love me.

Playboy: It is true; a lot of rappers love you. You recorded with Common and Kanye West, played live with Jay-Z.

John Mayer: What is being black? It’s making the most of your life, not taking a single moment for granted. Taking something that’s seen as a struggle and making it work for you, or you’ll die inside. Not to say that my struggle is like the collective struggle of black America. But maybe my struggle is similar to one black dude’s.

Playboy: Do black women throw themselves at you?

John Mayer: I don’t think I open myself to it. My dick is sort of like a white supremacist. I’ve got a Benetton heart and a fuckin’ David Duke cock. I’m going to start dating separately from my dick.
So, do you think Mayer is a racist? Or just the unfortunate casualty of a big ego?