Interview with Ashley Wheater, Artistic Director of the Joffrey Ballet; See Them Perform “The Nutcraker” This Weekend at Fox Theatre

I had a chance to talk to Ashley Wheater, the Artistic Director of the prestigous Joffrey Ballet. The Joffrey Ballet is performing at the Fabulous Fox Theatre this weekend. The presentation is being brought to you by the fabulous folks at Dance St. Louis. The production features over 100 local children performing with Joffrey’s highly trained ballet dancers. 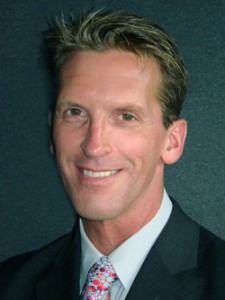 Ashley C. Wheater has dedicated his life to dance. He was born in Scotland and trained at the Royal Ballet School in England. While at the school he worked with Frederick Ashton in Benjamin Britten’s Death in Venice, and performed at Covent Garden in numerous productions such as Swan Lake, Sleeping Beauty, Giselle and The Dream.

Having graduated to the upper school of the Royal Ballet, Mr. Wheater danced in many of the full-length productions and performed with Rudolph Nureyev in Nureyev and Friends at the London Coliseum.

After leaving the Royal Ballet, Mr. Wheater joined the London Festival Ballet where he continued to work with Nureyev in his Romeo and Juliet and Sleeping Beauty and Glen Tetley in Sphinx and Greening along with a huge repertoire of classics and new creations. Under the artistic direction of John Field he was promoted to principal dancer at the age of 20.

In 1982 he joined the Australian Ballet where he continued dancing principal roles in both classical and contemporary work, especially in the John Cranko full-lengths.

At the invitation of Gerald Arpino in 1985, Mr. Wheater joined The Joffrey Ballet. For the next four years he performed various works by American choreographers including William Forsythe, Gerald Arpino Mark Morris, Paul Taylor, and Laura Dean, as well as repertoire by Ashton and Cranko.

Since his appointment in 2007 as artistic director of The Joffrey Ballet, his passion and commitment to the Joffrey have been evident in the quality that he has brought to the dancing as well as the repertoire. Under his direction he has brought world-class choreographers as well as young, up-and-coming choreog-raphers to create for the company. Mr. Wheater has added a new full-length to the Joffrey’s repertoire, Lar Lubovitch’s ground-breaking Othello.

In 2008, Mr. Wheater was the recipient of the Boeing Game-Changer Award in recognition of his commitment to reaching out to Chicago communities promoting diversity through the many forms of dance. In 2010, Mr. Wheater, representing The Joffrey Ballet, was named Lincoln Academy Laureate, the highest honor presented by the State of Illinois.

I had a chance to interview Mr. Wheater on Thursday. Check out our interview below:

I was told you just finished your dress rehearsal.

Yes, we just finished it. We started our dress rehearsal at 1:30 this afternoon, and before that we had company class at 10:30 in the morning. Yesterday we worked all the local children that are in the production.  It has been a busy two days.

How long do you train with the local children?

Well, this is the first time we’ve trained with them in person. What happens is, we send them videos with all the notes and the counts.  We are also involved in the audition process, then a local teacher in St. Louis, or wherever we happen to be touring at the moment in time, spend a good couple of months rehearsing them.  Then our Ballet Mistress, Charthel Arthur, comes in and spends a weekend with all of the kids, and make sure everything is what it should be.  The day before we open, we have a whole day in the theatre, and we integrate the children with the company.  It is quite a process, but it does really well.  I think the children here have done a very good job, and they are very excited to be working with the company.

How many local children do you employ for the production?

We have about 120. We also have a live chorus for the snow scene, and the thirty members of that are local. It employs a lot of local people for the show.  Plus, we use the local orchestra as well.  I think it is great that we are able to come to a city and integrate ourselves with the local talent.

How many people are in the Joffrey Ballet?

There are 42 dancers, a crew of about 10, and management team of about 8 people.  All in all, we are roughly about 60 people.

How long does it take you to prepare for a production like this?

We just did a week in Washington D.C., at the Opera House at the Kennedy Center, and then we come here to St. Louis, and then it is back to Chicago for three weeks. We’ve spent a good month preparing for the performances.

While preparing, do roles change a lot? Does someone end up being a better choice for the role once everything has started?

We have a lot of different casts actually.  Every role in the production has about three or four different parts.  They all have to be rehearsed and coached.  It is a lot of rehearsal time.

Your title is the Artistic Director of the production, what all does your job entail?

You attended the Royal Ballet School in London. Was it your eventual goal to become an artistic director after you stopped dancing?

I did. My mother reminded me when I took over the of Artistic Director in 2007, that when I was twelve years old I had come home from the Royal Ballet School for the year, I had apparently said I wanted to run a company.

What inspired you to become a dancer? 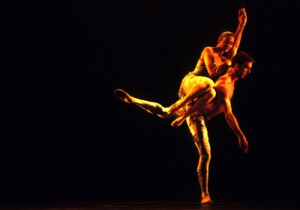 I started dancing when I was six years old.  I had always had a real love of music.  My sisters were taking ballet, and I loved the idea of being able to listen to the music and dance to it.  I played a couple of instruments from when I was young, well into my twenties. Music has always been very important to me.  I started dancing, and it seemed I had the talent. I auditioned for the Royal Ballet School, and I got accepted when I was nine years old.  I had to wait a year because I was too young, but eventually I went away to train for five years.  I eventually went to the upper school, and then joined the company, the Royal Ballet.  I went to the London Festival Ballet, and worked with so many different choreographers and wonderful dancers.

You grew in Scotland, correct?

Yes, I did. I grew up just outside of Edinburgh.

It seems there is a big difference between the American culture of dance and the European culture. The way I grew up was that it was not “manly” to dance.  Young men aren’t encouraged to dance in American culture. Where it doesn’t seem like it is that way in many cultures outside of the US. What do you think could be done to lessen this stigma?

I think it comes down to having a broader take on the world.  It is kind of short-sighted to be frank with you, but you can love sports and the arts as well.  There are many people who do love both.  I love sports. I play football, and I grew up with a very tough physical education teacher.  My father played rugby. Although, he really loved it that I wanted to be a dancer. I think the misconception Is that dancing is not a highly athletic art form, but it really is. If you put a really well trained male dancer against a football player, and there is no comparison.  A male dancer is physically stronger in every way.

I think that is what I love about dance. It is such a combination of athleticism with the beauty of art.

Both male and female dancers are physically, highly tuned beautiful athletes.  It is probably the difference of driving an Aston Martin over a Ford.  These dancers have to make it look so effortless. It takes years and years of training to get to that level, and join a world class company.

What practical advice would you give to dancers who want to make it to that level?

You need to really practice, and it is very important to find a good teacher.  You have to know in your mind that this is something you really want to do, and you are prepared to give it a hundred percent.  You really have to devote a lot of time to it. If you can’t devote that time, it isn’t going to take off the way you want it to.  People that have really successful careers and this is in anything, it takes practice, practice, practice.

One last question for you, and I’ll let you get back to your busy schedule. What makes the Nutcracker such  a special production that has kept it popular for so long?

First it starts with the music. The music by Tchaikovsky has been around for a long time, and it is a glorious classical score. I think a lot of people are familiar with it.

The story itself is about family. It is about being together, sharing, and giving people an opportunity to dream. I think there are things that all of us, in our different families, can value. When people attend the Nutcracker, it is very accessible. It is a wonderful story, that isn’t beyond anyone’s comprehension. The story fits so well with the music, which makes it easy to follow.

It gives you everything. It gives you a lot of fun, a lot of drama, and it has a fair amount of humor in it. It also has some very excellent dancing.

It is a huge production that is so successful. The fact that we have a full orchestra playing the music live gives a lot of performance value. There is just great production value within the performance.

Don’t forget to see The Nutcracker at Fox Theatre this weekend!