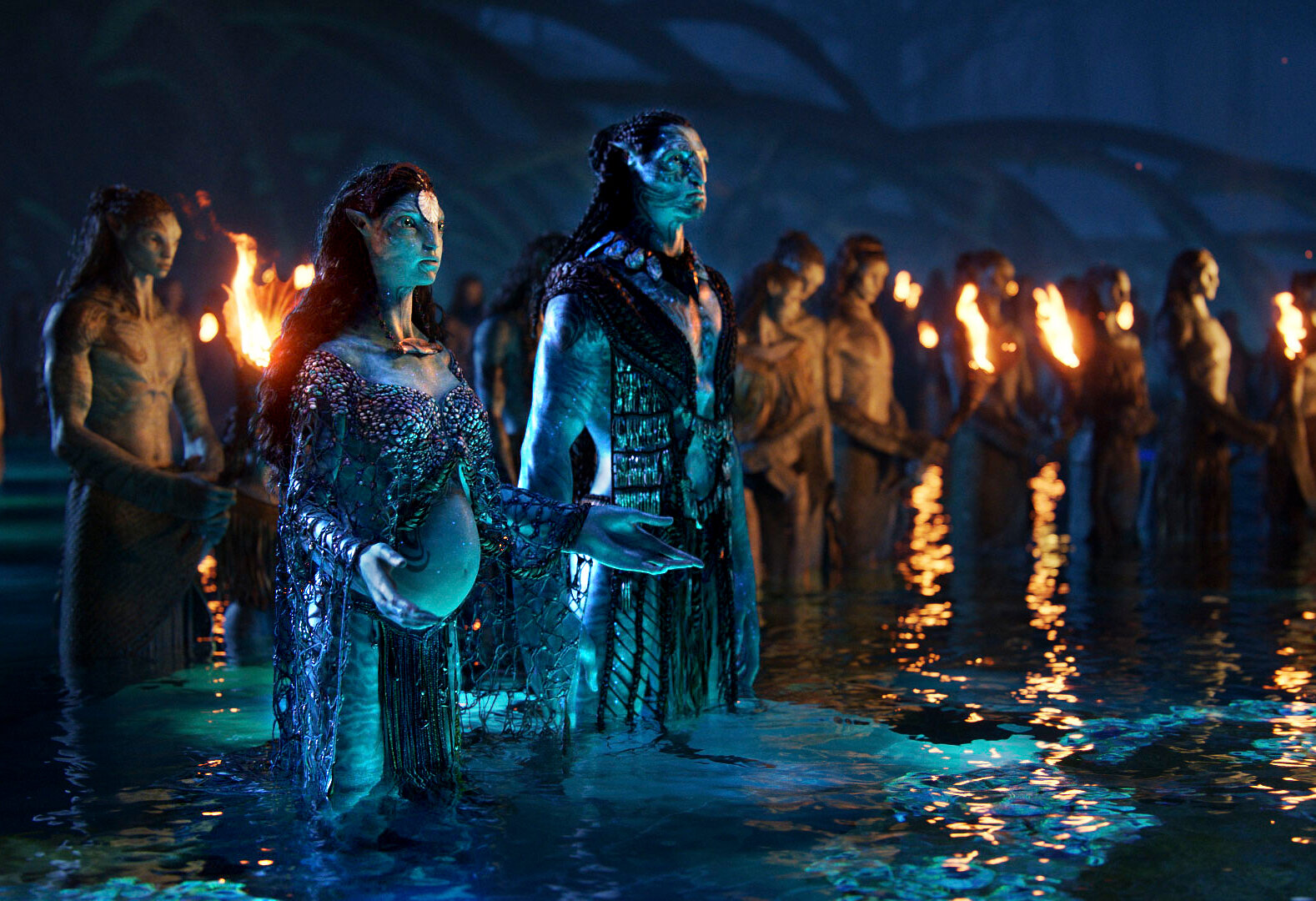 James Cameron is a Hollywood juggernaut.

Now, you may not think of his name first when you’re listing the top directors nowadays; you might think Spielberg, Tarantino, Nolan. But when you look at the list of movies for which he at least directed and wrote, aside from Piranha II, his success rate is astonishing.

The Terminator…groundbreaking, critical and financial success

Aliens…widely considered one of the greatest sequels of all time

Terminator 2…one of the greatest blockbusters of all time

Titanic…made a little bit of money

Avatar, of course, broke the record for highest gross in history at $2.92 billion and, adjusted for inflation, became the second-highest grossing film ever, just behind Gone With The Wind. Despite this, reception to the film fell quickly into two camps: those who praised the visuals and environment and those who felt the plot was unoriginal (blue Dances With Wolves was the most common comparison) and whose effects couldn’t save a weak story. I’ll fully admit that I leaned towards the former camp; I remember seeing it at least three times in theater, as the visual spectacle absolutely blew my mind.

Still, 13 years is a long period of time to pass between sequels. Much of the hype that surrounded the original film has long since subsided, and development of the sequels have taken such a long time, it seems the rest of the series would be tantamount to vaporware (if you’re unfamiliar with the term, it’s software that’s announced to the public, perhaps even demonstrated, but ultimately never released). After seeing the trailer and hearing some initial praise, though, I re-watched the first movie and headed into the theater.

TWOW is set years after the first film, as Jake Sully (Sam Worthington) and Neytiri (Zoe Soldana) have had a family: two sons, Neteyam (Jamie Flatters) and Lo’ak (Britain Dalton), a daughter, Tuktirey (Trinity Jo-Li Bliss), and an adopted daughter, Kiri (Sigourney Weaver), who appeared to be a miracle birth descending from Weaver’s original character, Dr. Grace Augustine. After forcing most of the humans offworld (some allies from the first film remain), the family lives in peace until the military returns, once again razing the planet and hunting down Sully and his family, forcing them to leave the Omaticaya and seek a new tribe, one who survives in the ocean.

The bulk of the film is spent exploring this new region of Pandora, and honestly, it’s the reason we’re all seeing it. Cameron has created an incredible world in Pandora, one that seems more alive than ever in TWOW. Whereas the first film was set in lush forests and floating platforms, The Way of Water migrates to the water and the jaw-dropping biosphere of life aquatic. The results are nothing short of incredible, especially seen in 3D. Schools of fish swim by as the characters look on in awe. Giant whale-like creatures breach majestically (and strategically). At times, I almost forgot I was watching a film and felt like I was watching the filming of a documentary. Pandora has become a real, breathing universe and Cameron and crew deserve nothing but the highest praise for their work in immersing the audience in it.

I know 3D as a trend kinda died out a while back, but if you have a theater that’s playing the movie in 3D and can support increased framerates (at times, the film doubles the standard 24 fps), I absolutely recommend it. I saw it at the Marcus Chesterfield, and the experience was top-notch. I’m sure it’ll still look great otherwise, but this is absolutely one of those films that should be seen under ideal theater circumstances.

Unfortunately, the film isn’t perfect, and my biggest gripe has to do with the central character. I tolerated his performance in the first film, but I’ve come to believe that he struggles to carry a movie as the protagonist. I thought he did great as a supporting character in Everest, but in every film I’ve seen where he mimics an American accent, he delivers every line as though he’s speaking through clenched teeth, and it really limits his range.

Fortunately, the rest of the cast steps up, especially Saldana. She gives a strong performance as Neytiri, and I truly believe she deserves more screen time. Cliff Curtis and Kate Winslet do well as the chief of the Tonowari and his wife, respectively. As for the story itself, I enjoyed it more than the first, even if it does retain elements of the “going native” narrative. Cameron places a heavy emphasis on the importance of family and nails it home repeatedly.

It’s almost a certainty that there will at least be a third film (filming happened back to back with TWOW), but the last time I checked, the status of the fourth and fifth films remain up in the air depending on the reception to the second and third. TWOW  was so exorbitantly expensive that it’s been rumored the film will have to place somewhere in the top five grossing films (i.e. gross $2 billion+) to make money. Could it happen? Certainly. But whether it will happen is going to depend on whether people feel the urge to see it again like they did the first film.

Is it worth the 3+ hours? I would say so, at least once. When you get settled in and dive underwater the first time, it’s very tough not to be awed at the cinematic accomplishment. But whether it warrants a return is a bit less clear, certainly less clear than the water on Pandora.