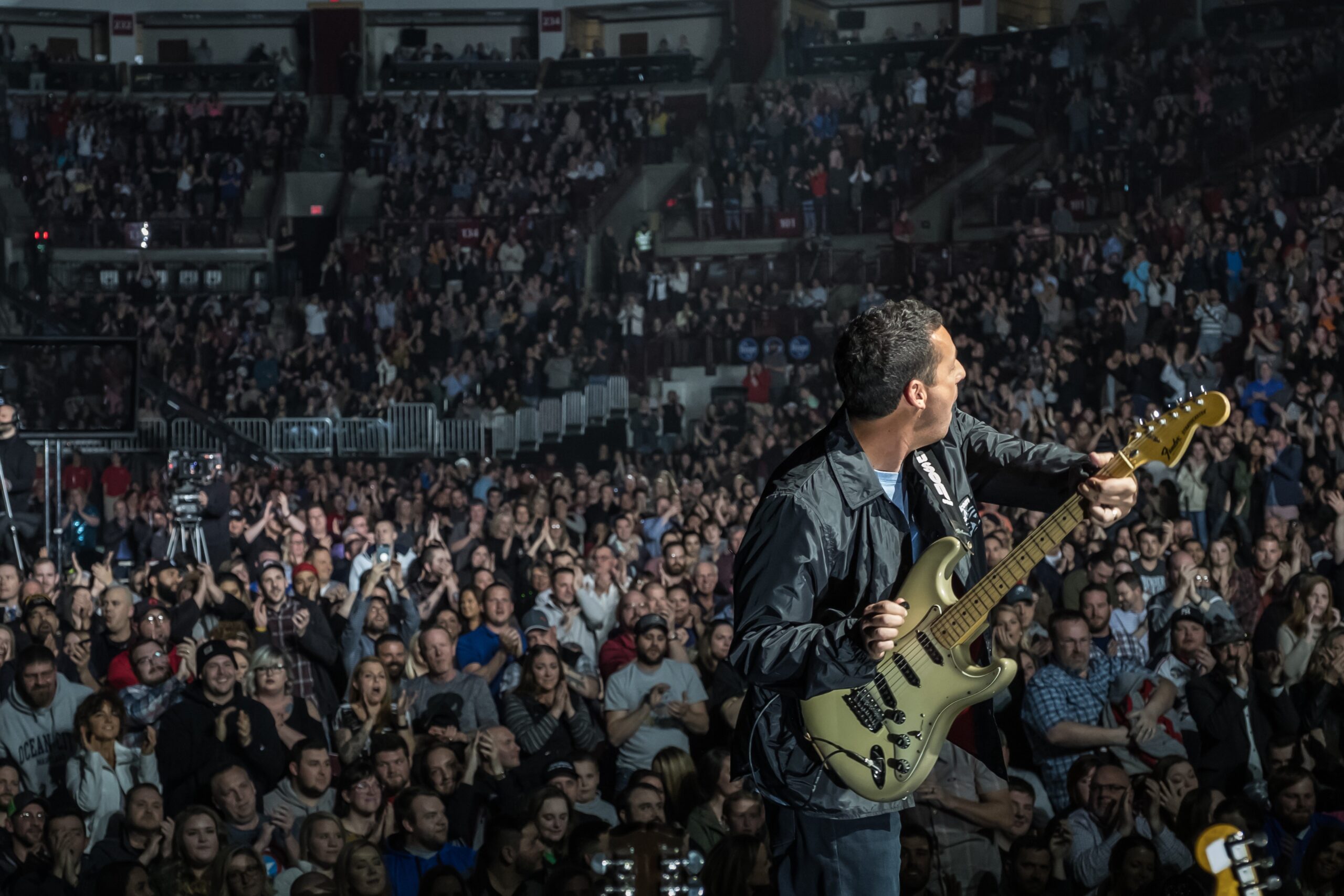 Tickets are on sale this morning, Friday, December 16th at 10am CST for Adam Sandler’s upcoming stop in St. Louis, MO at Enterprise Center on Feb. 10, 2023.

Here are all the details:

Adam Sandler will bring his outstanding and renowned tour – Adam Sandler Live – to eleven new cities in 2023. Sandler is poised to deliver his unique brand of comedy and song once again in North America starting February 5th in Chicago, Illinois with stops in Ohio, Pennsylvania, Missouri, Texas and more.

Tickets are on sale to the general public starting Friday, December 16th at 12 pm local time at livenation.com. Full routing can be found below.

A successful actor, writer, producer, and musician, Sandler has also performed on stage to live audiences on a sold-out tour across the U.S. and Canada. In 2018, 100% Fresh was released on Netflix which was Sandler’s first comedy special in twenty years and filmed during his last concert tour. In conjunction with Netflix, Warner Bros. Records released the audio companion to Sandler’s critically acclaimed Netflix special.

Beyond his beloved standup, Sandler’s films have grossed over $3 billion worldwide and his films on Netflix have been some of the streamer’s most successful. Sandler’s recent film HUSTLE was a critical and audience favorite.