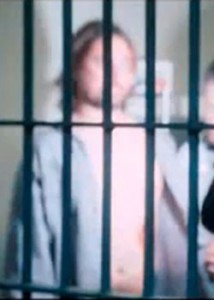 The internet is all abuzz about a featurette about Iron Man posted on MSNFrance last week. For a split second there is a man shown getting his picture taken in a jail cell when Tony (Robert Downey Jr.) is walking through. The man looks suspiciously like Chris Hemsworth, the actor hired on to be Thor in the upcoming Marvel film of the same name. Since Marvel is no stranger to crossover, and since they did it last film with Samuel L. Jackson as Nick Fury, then it wouldn’t surprise many people that Thor is in the film. This is all leading up to an Avengers film somewhere down the road, done possibly by Iron Man director Jon Favreau.  Watch the featurette below and let us know what you think in the comments.