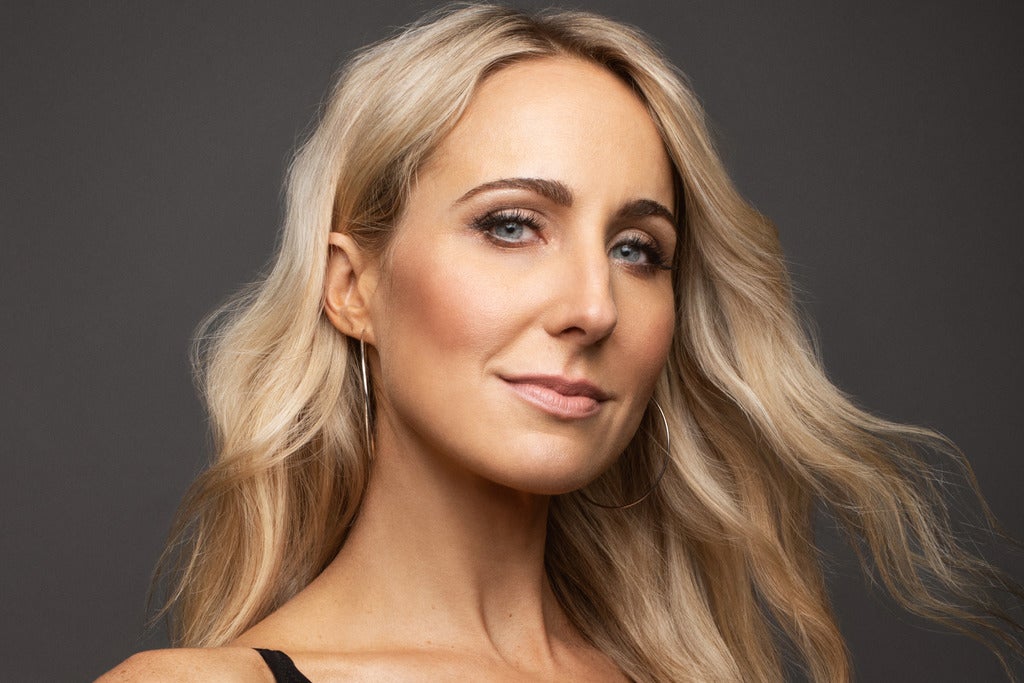 Stand-up comedian Nikki Glaser is at the top of the stand-up game currently and whether you’re a fan of podcasts, reality shows, comedy roasts or a show aptly named F-Boy Island, you would be hard pressed not to know who she is.

Glaser, a Kirkwood High School graduate and graduate from University of Kansas, will be performing on Dec. 31 at the Stifel Theatre in St. Louis. Stifel is a venue that Glaser has yet to visit.

“It’s such a great venue,” Glaser said. “I have never been inside, probably because I couldn’t afford tickets to any shows when I was younger, but I’m really excited to get to perform at such a historic venue.”

Glaser, who has split time between St. Louis, Los Angeles and New York in the past, now makes her home in St. Louis full time. You can check out season one of Welcome Home Nikki Glaser! on Peacock. The show focuses on Glaser moving home during the pandemic and features her parents, boyfriend Chris Convy, and friends.

Glaser said one of the things she enjoys about living in St. Louis is she doesn’t have the glitzy celebrity life.

“It’s so low-key here,” she said. “Even if someone knows who I am, they don’t treat me any different. It feels nice to have made it and then have your hometown recognize you in that way. I love St. Louis and to be loved back feels amazing.”

For a city that can boast being the hometown of stars such as Jon Hamm, John Goodman, Nelly and Kevin Kline, Glaser joked that she is different because she actually calls St. Louis home.

“I’m better than Jon Hamm in terms of St. Louis celebrity because I actually live here,” she said. “When people start talking about St. Louis celebrities I say, how many of these mother fuckers actually gave up their Hollywood life and live here? I rent here baby! This is the only place I live. It’s been nice that St. Louisans give me some credit for that.”

Glaser’s name was recently added to the Walk of Fame in St. Louis on Delmar Blvd.

“These are all milestone moments for me,” she said. “I remember being a kid and walking down there and seeing all the names of people I didn’t recognize because they were all old jazz musicians. It’s amazing to be solidified on a sidewalk that will outlast me, hopefully. I don’t know, with our winters and the salt distribution, it’s unlikely it will outlast me. It’s so cool. I appreciate all these things.”

The comedian also was the Grand Marshall of the St. Louis Thanksgiving Day parade and sang the National Anthem to kick off the event.

Glaser admits that while the accolades were all things that she wanted, she is now a bit embarrassed by them.

“I’m just a girl with a Roomba in my apartment,” she said. “There’s nothing really that special about me except I have this talent to tell the truth on stage. Is that deserving of a star on the walk of fame?”

Glaser said that she has achieved success by being authentic and being herself.

“At least for the last decade it’s been my calling card to be honest and people have kind of pigeon-holed me as a raunchy comic because I talk about sex.”

Talking about sex is something that Glaser considers an honest part of life.

Glaser said that it’s more important to be honest and funny in joke writing when talking about sex.

“I’m happy to be able to share that and kind of embolden people to go about their lives in a genuine way and just say what’s on your mind,” she said. “Recently, when I’m having writer’s block, I ask myself, what’s true about this moment. No one says the truth and it’s always shocking. I just want to empower people to be more authentic.”

When writing jokes, Glaser admits that nothing is off limits.

“For me, I’m not motivated to write jokes that would hurt someone,” she said. “If you’re writing jokes to make an already marginalized group of people feel bad about themselves, no, I would never do that.”

“To me that’s weird that we can’t say that person is in a wheelchair and I’m pretty sure they are aware they are in a wheelchair,” Glaser said. “I feel like for me, nothing is off limits if you approach it in an honest way. I’m not the kind of comedian who would make people feel bad about themselves, unless it’s a roast and I’m hired to do that. Even comedians who do make fun of people, I believe in freedom of expression.”

Glaser said she would like for her act to be for everyone but realizes it may not be.

“My act’s not for everyone,” she admitted. “But, I think it could be if people opened their minds and weren’t so ridged about what is appropriate to say on stage.”

When talking about her act, Glaser admitted, she may have the wrong take at times, and is good with being called out if she is wrong.

“I’m very open to being completely wrong because I’m just a dumb girl who went to Kirkwood High School and go a Bacherlor’s in English from University of Kansas,” she said. “I never read a book my entire time there. I just used Sparknotes and bullshitted my way through. I’m not giving a Ted Talk. I’m not running for office. I’m not someone who should be held up to the standards of a politician. I’m telling dumb jokes.”

Making people feel better about themselves is something that Glaser strives to do at her shows.

“My priority is to make people laugh, to feel good, and to feel better about themselves,” she said. “The things I joke about are generally things I’m embarrassed about with myself.”

While Sarah Silverman was one of the comedians who Glaser cites as being a big influence on her, she also mentioned David Spade, who appears in her reality show.

“He is in my opinion, the best stand-up comedian going,” she said. “He’s someone I’ve became friends with and I assume thinks I’m funny.”

Conan O’Brien is also a friend of Glaser and if you get the chance, check out the episodes of his podcast where she is a guest. It truly is comedic gold.

Just two weeks ago, Glaser had the chance to meet Jerry Seinfeld, one of the comedians she looked up to. The comedian gushed over Seinfeld knowing and enjoying her act.

“We were both at the same casino in Atlantic City and he asked to meet me,” she said. “He turned out to be a huge fan of mine and has seen all my videos on YouTube. He was like a legitimate fan. I was very impressed. I’ve had an extra skip in my step since then.”

Meeting Seinfeld and hearing his approval was so important to Glaser because she admitted that the best performers also have the most insecurities.

“I’m in that boat,” she said. “All the best are and the more I meet my heroes I realize that they don’t really feel like they deserve that success. The one thing that can remedy that is having Jerry Seinfeld tell you that you have talent. You can’t argue with that because Jerry Seinfeld isn’t wrong.”

With her New Year’s Eve show in St. Louis quickly approaching, Glaser admits she has some nerves about the show.

“I always get very nervous before St. Louis shows,” she said. “Once I get on stage I’m fine, but leading up to it I am overthinking things. This is the city I live in and there’s some accountability here. I can’t just say what I want and just leave the next morning. This is not a one night stand, this is a long term relationship. I want to do right by St. Louis and give everyone a good show.”

For Glaser, performing in her hometown is a lot of fun.

“So much of my job is so unenjoyable because of the travel because you’re going to a place you’re not familiar with, you’re staying at weird hotels, you are meeting people whose local customs and cultures don’t jive with your own, so being able to have a fanbase here is very important to me,” she said. “It’s going to be a really special show. I’m having a bunch of friends from high school come to the show, my family will be there. It’s going to be a party. It’s going to be a better show than anyone has seen on my whole tour.”

Tickets for Nikki Glaser at The Stifel Theatre are still available.