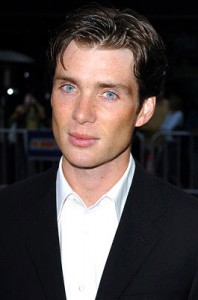 Andre Niccol’s I’m.mortal continues to add impressive names to its cast list. The latest addition to the cast is 28 Days Later and Inception actor, Cillian Murphy, who will be joining the likes of Amanda Seyfried and Justin Timberlake in the production.

I’m.mortal centers around a world where the aging gene has been destroyed, but to keep living you must have the funds to do so, or risk overpopulation of the planet. The story centers around Justin Timberlake’s character, who is a poor man who suddenly becomes very rich. When authorities begin to investigate into his newfound wealth, he goes on the run and takes Amanda Seyfriend’s socialite character with him.

Murphy has been signed on to play one of the enforcers of the system, in a group known as the “Timekeepers”.

I’m still very excited about this project. Dystopian sci-fi futures always make me excited, it is unfortunate that more of them turn out like Gamer, rather than Children of Men or Blade Runner. Niccols has already proven his ability in this genre with 1997’s Gattaca, which still holds up well almost fifteen years later. The addition of a talented cast is enough to make it a project I’m really looking forward to.

What do you think? Let us know in the comments