‘In a World…’ Opens August 23 in St. Louis! Enter to Win Passes to the Advance Screening! 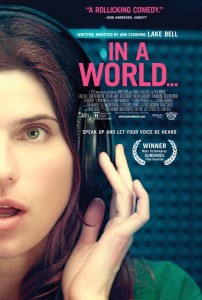 Lake Bell stars in “In a World…,” a hilarious romantic comedy about a struggling vocal coach who strikes it big in the cutthroat world of movie-trailer voiceovers, only to find herself in direct competition with the industry’s reigning king—her father.