Hot Stove Edition: Where do the Cardinals go from here?

So. I’d began writing the draft of a Hot Stove Preview for the Cardinals, but then I got lazy and completely forgot to finish it up. In the meantime, the Cardinals managed to solve their two biggest positional problems via trades and free agency.

Where does that leave this article? Good question. Obviously the Cardinals made a big splash this weekend, solidifying the middle of their infield by signing free agent Jhonny Peralta to a four-year deal worth $53 million. As some of my friends were hoping to land him, in discussions I brazenly threw out there I thought he was too expensive and risky for the Cardinals to make a move on him.

Turns out I know nothing about baseball, apparently. 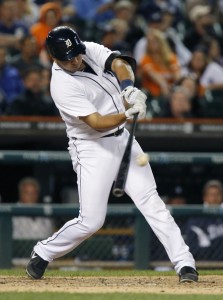 If you’re not too familiar with baseball other than the Cardinals, Peralta came up with the Indians in 2003 and remained there until he was traded to Detroit in 2010 for pitcher Giovanni Soto (no not the catcher, Geovany Soto). When healthy, Peralta’s got some solid pop (he’s hit 20 or more home runs in a season four times), and he has a decent career on-base percentage of .330. His range isn’t nearly as good as others, but when he’s been healthy, he’s been rated as above-average defensively most seasons. If he can stay healthy and productive, he’ll extend the Cardinals’ lineup all the way through the eighth spot (more on this later).

So, if he’s a plus offensively and a (moderate) plus defensively, what’s the issue?

Well, there is the fact that he’ll turn 32 next season, past the point at which most players are at their statistical prime (roughly the ages of 27-30). Then there’s the fact that he was one of the players who was suspended for 50 games this past season for his role in the Biogenesis PED (performance enhancing drug) scandal. For his part, he owned up to his usage and accepted his suspension rather than put up a facade of indignation, unlike a certain Brewers ballplayer (whose name may or may not rhyme with Myan Mraun).

It’s a pretty polemical signing, to say the least. Some pitchers were vocally critical of the Cardinals.

Apparently getting suspended for PED’s means you get a raise. What’s stopping anyone from doing it? #weneedtomakeachange

Other fans weren’t a fan of the contract size.

Peralta could well struggle the last couple years of his contract, but in the short term, he should provide some stability to a position that the Cardinals have struggled to fill since Edgar Renteria went to Boston after 2004.

With his signing as well as the acquisition of Peter Bourjos, the Cardinals are going to have a pretty stacked lineup. Assuming Oscar Taveras starts the season in the minors to avoid a Super 2 situation, the lineup could well look like this (2013 stats in parentheses, L/R/S indicates batting hand):