Countdown to Harry Potter and the Half-Blood Prince: Part 6 Prisoner of Azkaban Review 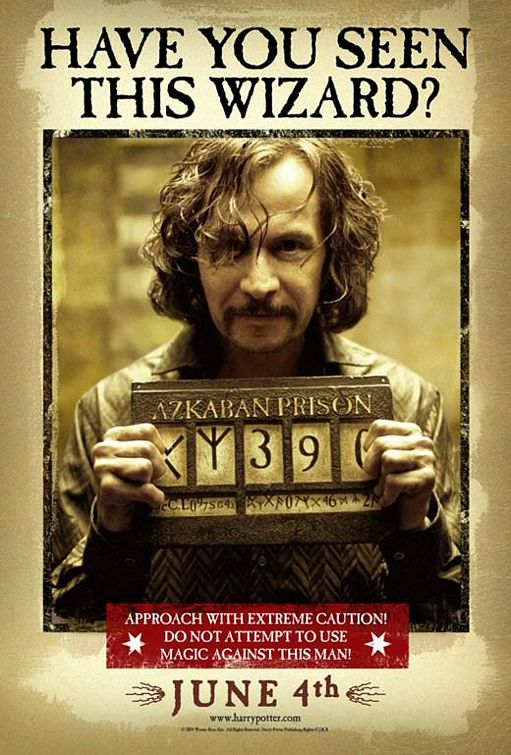 Harry Potter and the Prisoner of Azkaban is the real turning point in both the films and the books for me. Although both for different reasons. The books finally start to expand their length a bit, giving us much more time with the characters we have already read and loved. Azkaban is right up there for the best ending. Most people don’t see that twist coming, and it pays off beautifully. The film really takes on a whole new personality, with fantastic cinematography, the best acting of the films to that date, and just overall great direction.

The story takes place in the third year of Harry’s magical education at Hogwarts School of Witchcraft and Wizardry. This year a wild murderer, Sirius Black, who is said to be Voldemort’s biggest and most dangerous supporter. He has done the impossible and has escaped the wizard’s prison Azkaban guarded by the ghoulish Dementors. How he got out no one knows, but he is said to be out to do one thing, kill Harry Potter.

The story here is great, you get to see Harry tackle some tough things all by himself in this one. The main thing is him trying to produce a Patronus. It isn’t something Ron or Hermione can help him with, and it really shows the type of perseverance that Harry has.  You really start to get a sense in this one about what Harry has to deal with that no one around him can even come close to.  The new Defense Against the Dark Arts teacher, Professor Remus Lupin is a great addition. As a mentor to Harry throughout the book and film it is nice to see a competent teacher to finally teach him great skills to use further down the road.

This is the first film where a lot of scenes are chopped out or changed completely. No one can expect every scene to stay in a two and half hour movie, especially since this was the biggest book yet adapted. The new director to the series, Alfonso Cuarón, who had previously been known more adult endeavors gave the series a sense of maturity it had not experienced in previous films. He got the tone of the story across with the time he had. Sure if you are fan of the books you probably miss the fact that the Maurader’s Map isn’t explained like it is in the books, but they put in enough winks and nods that if you know when to look and listen you will see that those parts are not completely forgotten. I saw this not long after I read the book, and I was very surprised at just how well they told the story with the amount of content they left out. They break the story up so well by fall, winter, spring and fall. Each season starts with a great look at the whomping willow during it’s seasonal phase. It gives a very clear timeline to the story, because when you condense a whole year into two hours the timeline seems a lot shorter than it actually is.

This is by far the best looking film. You’ll notice that a lot of the sets are completely different. Hagrid’s hut no longer sits right in front of the Forbbiden Forest on a flat piece of land, but instead is on the side of a rough looking hill slightly to the side of the forest. They changed shooting locations to that more similar to the ones described in the books. It may make the continuity a bit off, but it gives an older look to Hogwarts and the grounds. The lighting is completely different in this one as well. Everything has a slight blue tinge to it, and it gives a much darker feel to the film than the previous entries did. With the new lighting and a more handheld camera look, the feel was updated very well. Cuarón gave a new pop and indie sensibility to the films that gives a more realistic approach to the fantastical nature of the films.

Visual effects are done amazingly well in here as well. The Dementors of Azkaban look sinister and almost make you want to hide under your seat. The flowing dark robes, the slimy gray hands that poke out from underneath the shrouds will disturb you just enough to understand what Harry might be going through. The quidditch match in this film is by far the best one yet. The dark stormy day that it is played on allows us to see the brutality of the game that is only described in the other films. The speed is conveyed much better as Harry flies through the rain trying to grab the snitch, only to be once again foiled by the Dementors.  Harry’s first ride on a hippogriff is also a great effects scene that looks so convincing that you almost believe there are actually creatures called hippogriffs.  If you want a funny moment go to the scene where Hagrid shows everyone Buckbeak, and you’ll see that Buckbeak actually relieves himself right there. It’s quite funny that they would put that in a film, but it adds another layer of realism.

Daniel Radcliffe once again shows us that he was the right person for the role. He plays Harry with a conviction that not many other actors his age can pull off. He grows very well with the character, he even manages to hold his own against greats like Michael Gambon, Alan Rickman and Gary Oldman. In fact, he has illicited much praise from his fellow actors on set with his professionalism for his age. It really shows up on film here. Michael Gambon is the new Dumbledore for this move since Richard Harris passed away before they made this film. It’s really hard to fill the shoes of someone as great as Harris, especially since he seemed so perfect for the role. Gambon’s Dumbledore is a bit more gruff and doesn’t look as forgiving, but by the end of the film he really shows us he is capable of playing the role of the most talented wizard in history. He might not have that twinkle of the eye that Harris had down in his Dumbledore, but Gambon’s quiet strength shows us his Dumbledore is really a wizard to be feared if messed with.

In the end this is probably the best Potter film to date. It is when the series really started to make films and not just cash grabbing blockbusters. There is an artistic value to this that no one can argue. New direction goes a long way, and this proves it. Had Columbus kept directing the series, it would have gotten stale quick and the property probably would have dried up a bit. It is great when you can find an adaptation that pleases the fans of the original material as well as new fans to the series.  This is the first book that one would really benefit from reading as there is a lot more that occurs in this one than in the movie.

Harry Potter and the Prisoner of Azkaban gets an A.