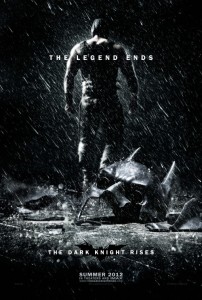 Any little detail about anything that has to do with Christopher Nolan’s latest installment in the Batman franchise gets me very excited.  I watch the trailer almost everyday with my co-worker.  Neither of us can wait.  We both get so excited.  And he isn’t as big a fan of Batman as I am.  I think that speaks volumes about what Mr. Nolan has done with this franchise.  Making even casual movie goers talk about your film obsessively months before it is released is something few films can do.  I know that there is gonna be huge backlash of people saying “It wasn’t nearly as good as “The Dark Knight”” or “It was a big disappointment and overhyped”.  I think it’s inevitable.  I will happily ignore because I know that Mr. Nolan will make an incredible film.  He hasn’t let me down yet on any of his films.

Hans Zimmer created a great score with “The Dark Knight” and “Batman Begins”.  Something he has been doing for years.  Just look at his filmography if you don’t believe me.  “Sherlock Holmes”.  “The Lion King”.  “The Ring”.  “Gladiator”.  “Inception”.  That’s just a few.  It’s no surprise that Nolan went back to him for his newest film.  Now Zimmer is speaking out about the film and what he is doing.

“Isn’t that what we’re supposed to do? We’re supposed to go and surprise you. And part of the experience has to be a surprise. It feels a little bit like we’re working very hard at protecting part of what is great about movies — the surprise. Because it seems like the world doesn’t want you to do that anymore. They want to know everything, they want to know about the stars and [this and that] immediately. And it’s not important to us. To us, really, the thing is the writing and the script and the ideas and the journey, and making it into something really good.”

Nolan has always kept things very close to the chest.  It is no surprise that Zimmer has been his composer for his last several films because obviously he wants to play things close to the chest as well.  It’s nice to hear that Zimmer wants to push himself as a composer and create something new.  To surprise the audience.  Zimmer has already done something surprising in the film world.  Let fans help create the sound.  The chanting you hear in the trailer comes directly from fans submitting audio clips to a website Zimmer created.

At this point, fans really don’t know much about the film.  Catwoman plays a part, but what exactly?  Bane has a huge breakout of a prison, but why is he starting a war in Gotham?  How exactly will this trilogy conclude as Nolan and actors involved have noted?  I am sure some of these secrets and more will be spilling out as the film comes closer to release.  While I would love to go in without knowing those secrets, I think my curiosity will get the best of me.  Will you be able to hold out til July 20?