I hope you folks are enjoying this stretch of Cardinals baseball. 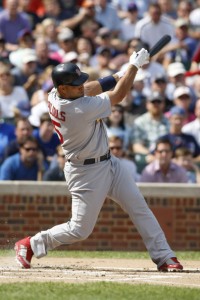 For the first two months of the season, the pitching carried the team while the defense and offense sorta straggled along. I said at the beginning of the season, if we can get the lineup going, we’ll have one of the best in baseball. Now that two of the starting pitchers are down and we have three rookies in the rotation, the offense seems to finally be clicking. In the last four Cardinal wins, the offense scored 8, 7, 9, and 12 runs.

Over this stretch, many of the guys in the lineup finally seemed to stabilize their presence.

– In his last six games, Ryan Ludwick has gone 10 for 26 with a home run and eight RBI.

– In his last seven games, David Freese has gone 12 for 31 with a home run and five RBI.

– In his last three games, Colby Rasmus has gone 4 for 11 with two RBI.

And then there’s Albert Pujols. Again, everyone’s been noting how much he’s been struggling in the month of May. But in his last five games, he’s gone 7 for 19 with four home runs and ten RBI. Other teams better look out for the next week or so; his average could rise back up to .340 in no time. The last two games, Pujols went 5 for 6 with four walks. Ridiculous. Over the course of the holiday weekend, Pujols has re-emerged as a front-runner for MVP, as he is now second in HR, second in RBI, second in OBP, sixth in slugging, and first in OPS.

– Kyle Lohse had surgery as expected and is out for a minimum of eight weeks or so. I’d be surprised to see him before September, however.

– Jaime Garcia, Adam Wainwright, and Chris Carpenter all pitched terrific games this weekend. It’s rather unfortunate timing for Garcia that he’s dominating this year, as in any other year he’d be a strong contender for NL Rookie of the Year and possibly the Cy Young. It’s possible he could still go after either, but he’s got a couple strong roadblocks in Jason Heyward and Ubaldo Jimenez.

The Cardinals now find themselves tied for first with the Reds. They need to win at least one of the next two games so they can finish the series no worse than tied for first. P.J. Walters takes the mound tonight against Johnny Cueto.