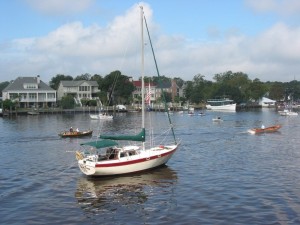 Principal shooting for Green Lantern doesn’t actually start for another couple weeks, but film crews are doing test shooting for the film in and around New Orleans according to NOLA.com.

A section of Lake Road in Madisonville will be closed intermittently on Wednesday from 10 a.m. to noon, as a film crew prepares to shoot scenes for a movie.

Although filming for “Green Lantern” has not yet begun, crews from Warner Brothers will be on location to run tests with a stunt car, according to Bill Doyle, supervising location manager.

The closure will be in the vicinity of the high bridge on Lake Road between Louisiana 22 and Lake Pontchartrain, according to news release from the state highway department.

I’ve been to Madisonville before, it is a beautiful little town on the North Shore. Beautiful houses line the roads, and a little bar sits by the edge of the highway. I can imagine that any scene shot there will look absolutely amazing.

I’m so ready to see the first pictures of Reynolds as Hal/Green Lantern, but we may have to wait a while since the film is not being released til June 17, 2011.