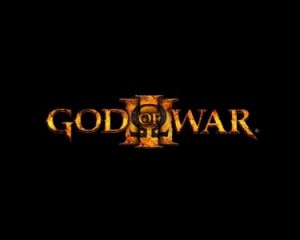 The God of War series for the Playstation is about as epic as they get. Almost every hack and slash adventure game since the first one came out has tried to copy its success. However, it seems that no one can rival it.  From the sheer magnitude of the boss fights, all the way down to the fluidity of the controls, it is copied but never improved upon. So, who wouldn’t be excited when it comes in HD for the first time ever?  The first two games were on the PS2, and they looked good for last generation, but this game looks amazing and it is utilizing the full potential of the most powerful system in current generation gaming. I guess the 360 doesn’t have all the exclusives yet.

Developed exclusively for the PlayStation®3 (PS3) system, God of War®III is the final installment of the multi-million unit-selling trilogy. Developed by Sony Computer Entertainment’s Santa Monica Studios, God of War III will bring epic battles to life with stunning graphics and an elaborate plot that puts Kratos at the center of carnage and destruction as he seeks revenge against the Gods who have betrayed him.

Set in the realm of brutal Greek mythology, God of War III is a single-player game that allows players to take on the climatic role of the ex-Spartan warrior, Kratos, as he scales through the intimidating heights of Mt. Olympus and the dark depths of Hell to seek revenge on those who have betrayed him. Armed with double-chained blades, and an array of new weapons and magic for this iteration of the trilogy, Kratos must take on mythology’s darkest creatures while solving intricate puzzles throughout his merciless quest to destroy Olympus.

Utilizing a new game engine built from the ground up and state-of-the-art visual technologies, the development team behind God of War III has made standard-setting strides in giving players the realistic feel of actually being on the battlegrounds. With texture resolutions quadrupling since God of War II on PlayStation®2 computer entertainment system, God of War III, in its debut on PS3, will feature fluid, life-like characters, as well as dynamic lighting effects, a robust weapon system, and world-changing scenarios that will truly bring unmistakable realism to Kratos™ fateful quest. Players will have a chance to join battles on a grand scale that is four times larger than its predecessor.