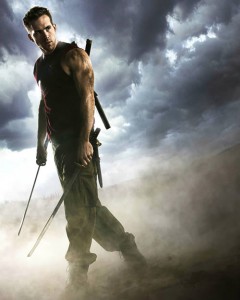 I had a lot of problems with X-Men Origins: Wolverine. I don’t want to get into them all, but I will tell you my biggest problem: Deadpool. I thought they cast the role perfectly with Ryan Reynolds. He can pull off the action and the comedy needed for the role. The film even featured some great scenes with Reynolds before he turned into “Deadpool” with him being a smart ass to the other team members. Then the end of the movie came, and everything was ruined.

Well the studio heard the fan cries and realized they made a mistake so they are moving forward with a stand-alone film for the character. “Deadpool” will once again star Ryan Reynolds as the lead. Writers Rhett Reese and Paul Wernick have been attached to write the screenplay. These are the guys that wrote the hilarious Zombieland. Now, fans have one more thing to get excited about. Robert Rodriguez is in talks to direct the film.

I think this is great news for the potential of this film. The studio already has the star and writers needed to make this work. The last step is a director and Rodrigues fits the bill. He has proven he can direct great action flicks with Once Upon a Time in Mexico and From Dusk Til Dawn. And movies like Sin City have shown he can nail a character perfectly.

As said before, this is great news for this film, but 20th Century Fox is not exactly known for making masterpieces with the X-Men franchise. The first two were good, but that was because of Bryan Singer. Time will tell to see how all of this shakes out.

What do you think of this movie? Is it something that should be done or should Reynolds just move on to something else? Let us know in the comments below.