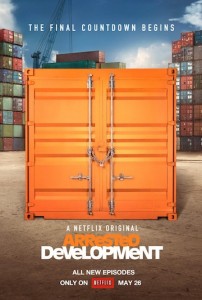 After three seasons, we lost touch with the Bluth Family when Arrested Development was cancelled in 2006. It has now been over seven years since that final airing, and Netflix is bringing us all 15 new episodes on May 26th. No agony over waiting until the next week to see what happens to your favorite character, as you’ll be able to stream all of Season 4 in one marathon sitting. Start setting up those viewing parties now!

So close down the Banana Stand, fire up the Cornballer, get cozy with your cousin on the couch, and fire up Season 1 to get those Bluth quotes fresh in your minds before May 26th!

We’ve made a huge mistake! There are actually 15 new episodes of @arresteddev on May 26. twitter.com/netflix/status…