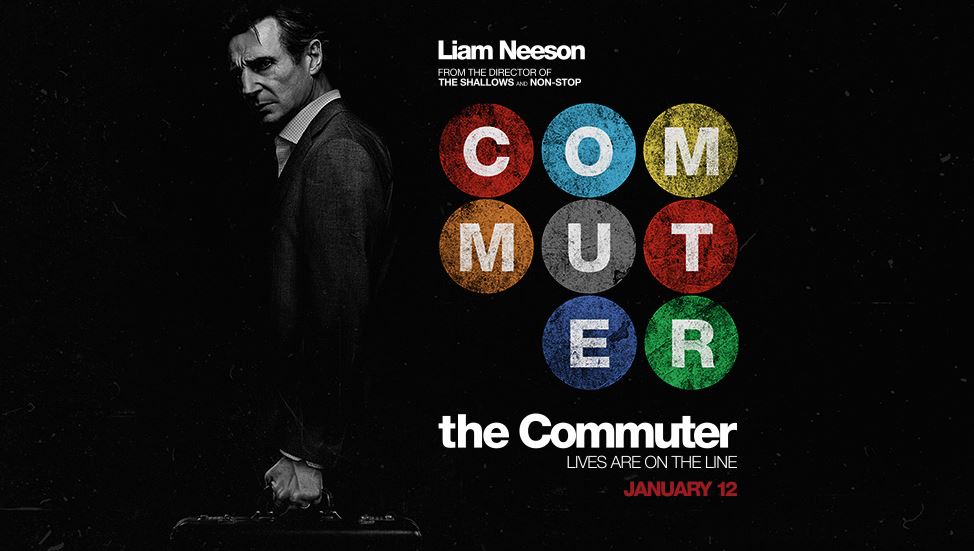 After tackling planes in 2015’s Non-Stop, Liam Neeson is back to tackle trains in the latest entry to his action movie repertoire with The Commuter, and it’s more or less the same movie. This is Neeson’s fourth collaboration with director Jaume Collet-Serra (Run All Night and Unknown being the other two), and it’s pretty much everything you would expect it to be.

The film opens with a number of jump cuts that may confuse the audience at first, but does effectively illustrate our protagonist’s morning routine both at home and on the train with fellow commuters. Little time is wasted and the film somewhat impressively makes it clear to the viewer that Bryan is a regular on this train before the film’s title ever appears on the screen. 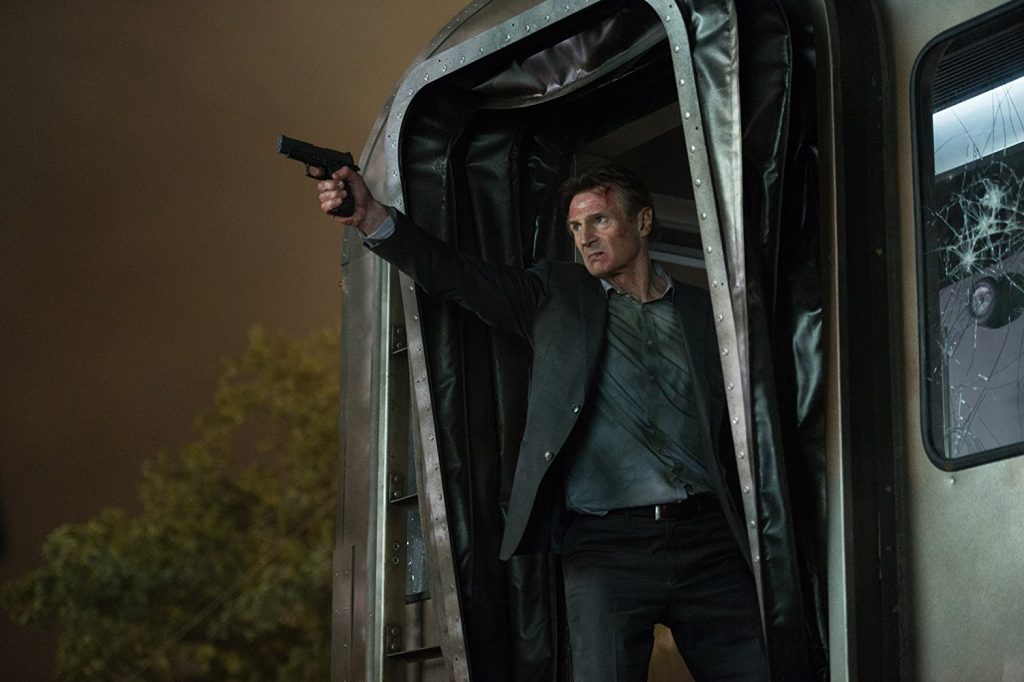 From that point, we’re hit with so many plot points almost as quickly as the opening montage. Michael (Neeson) is a former police officer who’s now selling insurance and making just enough for he and his family to get by with a child about to leave for college. Money is tight and it’s about to get tighter as he’s let go from his job for what appears to be no other reason than plot device. They even silence what his boss is actually saying as Neeson stares in distraught after receiving the life changing news at the most inopportune time. After sharing a beer with friend and former police partner Alex (Patrick Wilson) and being introduced to the newly appointed Captain Hawthorne (Sam Neill), Michael catches his train home to deliver the untimely news to his wife, but the ride home will be anything but short and ordinary.

It’s here we’re introduced to a wasted casting of Vera Farmiga as Joanna, who’s only appearances in the movie are brief or otherwise voiceover work. I find Farmiga to be fascinating to watch in most roles, but there’s really not much for her here. As seen in the trailer, Joanna proposes an offer to Michael to locate and dispose of someone on the train who does not belong – a witness to a crime that could damage some very powerful people, apparently. What’s in it for him is one-hundred thousand dollars if he completes the task. Since, of course, he’s out of a job and strapped for cash, the offer is enticing and he locates the twenty-five thousand dollar down payment hidden in the bathroom which indicates his acceptance of the job. 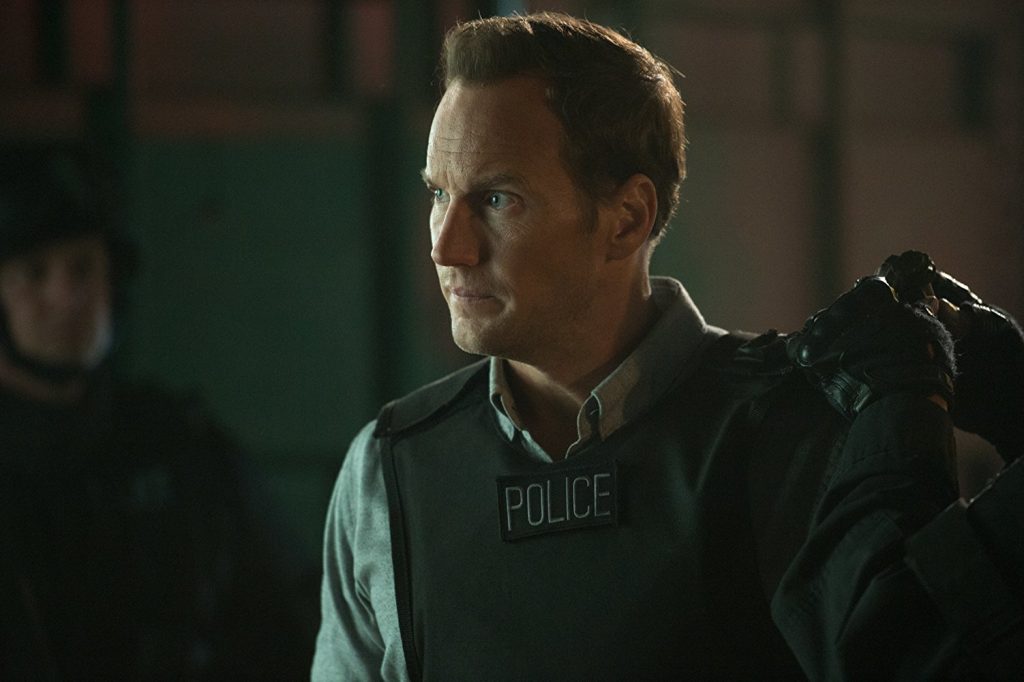 For the next hour, Michael is scrambling to find the witness. I found it somewhat questionable that this 60 year old man (Neeson, 65) had the abilities to kick as much ass as he does in the movie, but I guess his past experience as a police officer stuck with him after ten years of being in retirement. I don’t really know, but I let it slide considering the genre.

Where the film totally derails (both metaphorically and literally) is within the third act when Michael is nearly out of time and the criminal conspiracy is revealed. After an intense, all-too-unbelievable action piece closes, Michael learns the truth and I just groaned at it’s predictability. I found the reasoning behind the events in the movie to be lazy and the real interesting story only touched upon through dialogue. Michael is just a pawn in something much bigger but of course, the film only focuses on Michael and his ride home. I thought for a moment they were going to leave it open for a sequel in the last few moments (to perhaps venture into the bigger questions), but instead there’s a zinger at the end to give Michael and the viewers a bit of closure. 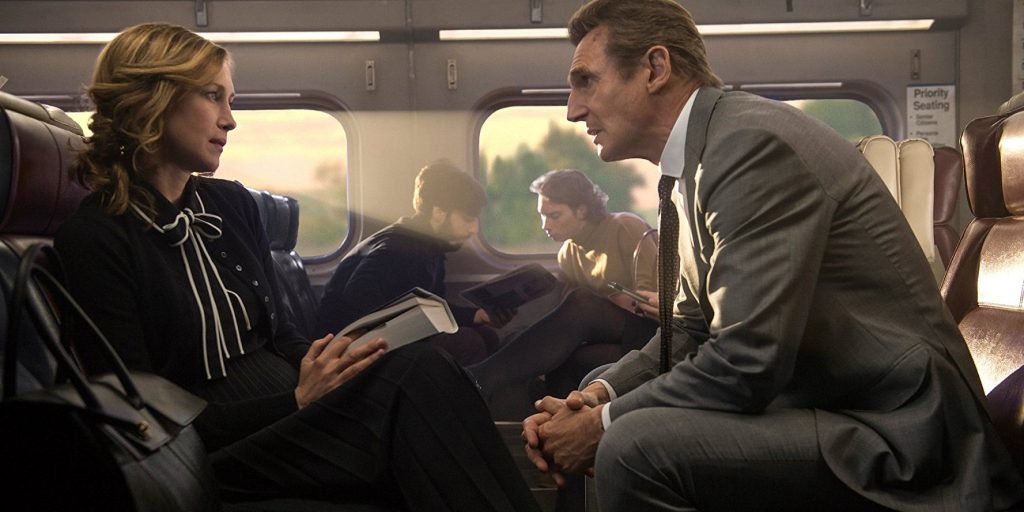 Still, The Commuter isn’t terrible considering it’s an action film in January. You just have to understand going into it what kind of film this is going to be. If you do, get yourself a bucket of popcorn and enjoy some mindless action for an hour and a half. If you’re unsure as to whether or not you’ll like it, however, spend a night in and rent Non-Stop. It’s cheaper and it’s the same thing. Except it’s on a plane…and just as forgettable.