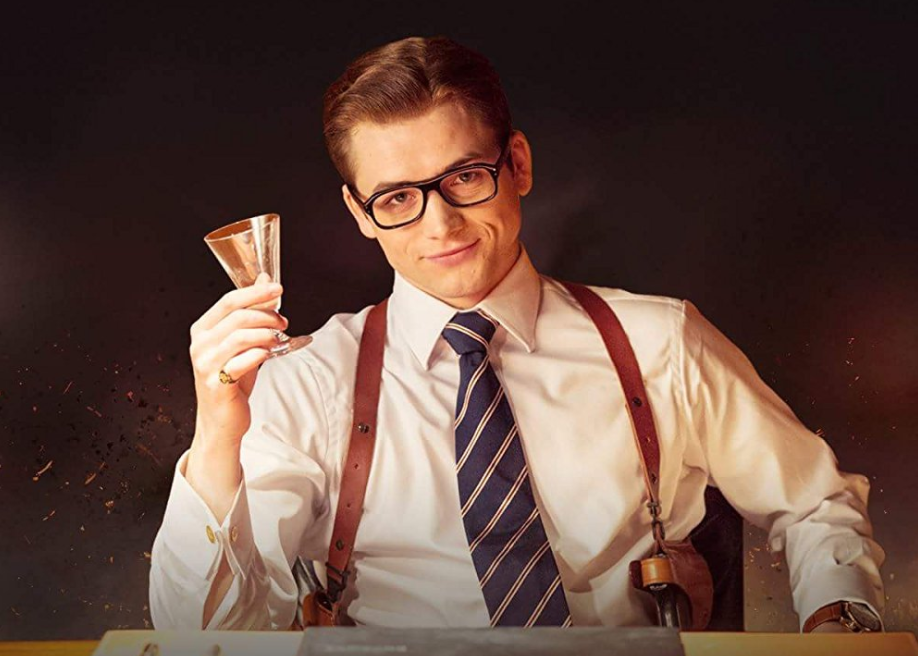 There’s no doubt about it – Matthew Vaughn absolutely knows how to direct a stylish and entertaining film. He’s proven as such after taking on the director’s chair for 2005’s crime-thriller Layer Cake and directed even more memorable gems since such as Kick-Ass, X-Men: Days of Future Past and most recently, Kingsman: The Secret Service, the predecessor to our titular film and surprise hit of 2015. 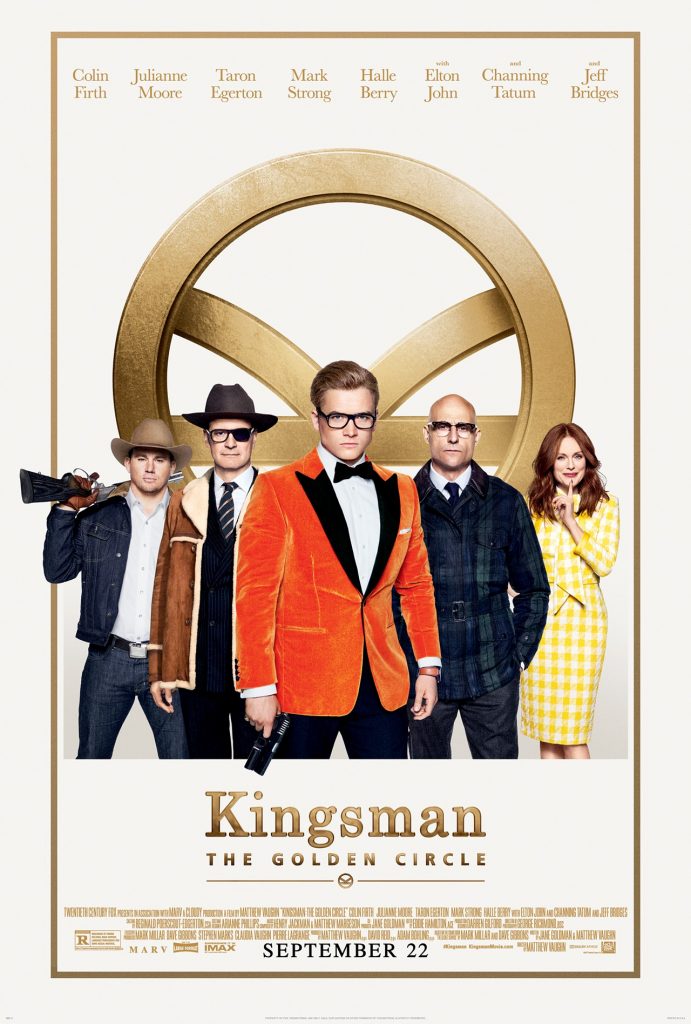 As the James Bond franchise had gotten more serious in the post-Brosnan era, Kingsman: The Secret Service brought back a lot of fun and ridiculousness to the spy genre in regards to story and style. While being comprised of extremely stylized action sequences (including one in a church that the viewer will never forget), an evil genius with an over-the-top assistant with swords for legs, Secret Service was well aware of what kind of film it intended to be and exploited it cleverly throughout the film with its plot and dialogue.

The follow-up, Kingsman: The Golden Circle, more or less delivers the same punches as it’s predecessor, but it doesn’t hinder the movie from being entertaining from start to finish. There is no aforementioned “church scene” to speak of in this movie, but it is filled to the brim with exciting action sequences and callbacks to the previous film to keep the viewer entertained. One in particular that had me giddy as it was transpiring and any fan of the first film will know to which scene I am referring.

After saving the world in 2015, Eggsy (Taron Egerton) is back in Golden Circle as the Kingsman agent codenamed “Galahad” after his mentor, Harry Hart (Colin Firth), met his demise in the original film. The viewer is treated to an intense car chase and fight scene as the film’s opener in true Kingsman fashion and after the battle, the Kingsman agency becomes compromised after a network security breach. After a devastating blow to the Kingsman, Eggsy and Merlin (Mark Strong) look to a new cast of characters from the United States known as the Statesman to get to the bottom of the attack.

The Statesman, operating out a distillery in Kentucky, is the American equivalent of England’s Kingsman – but in contrast to suited gentlemen, they’re gentleman cowboys (because, why wouldn’t they be?). Jeff Bridges is the leader known as Champ and he oversees the gunslinger Tequila (Channing Tatum), a lasso wielding cowboy named Whiskey (Pedro Pascal), and the IT and gadget guru Ginger Ale (Halle Berry). All of the aforementioned are passable in their respective roles, but the standout is clearly Pascal. He’s given the most to do and every second he’s on screen is great. I’m happy to see him getting more and more work.

The villain this time around is even more villainous than Samuel L. Jackson was in the previous film. Julianne Moore fills the role as Poppy, the psychotic international drug distributor located in a 50’s themed mix of a campsite and amusement park in the middle of the jungle. “Poppyland” is what she calls it and it is military protected and seems to be well enough hidden to keep her empire running smoothly. Just like Jackson’s sword-legged assistant in Secret Service, Moore has her own lackeys – two fully robotic german shepherd dogs whose mouths are made of meat grinders (which isn’t the only use of a meat grinder in his movie…) and they’re ready to “eat” at her whistle. They’re named Bennie and Jet, an homage to the 1973 Elton John hit because she actually has Sir Elton held hostage for her own personal music shows. She’s deranged and so far gone from humanity that the things she commands and the violence she witnesses are beyond measure and her eerie smile never leaves her face. In fact, the title of the film comes from her branding of her associates with a circular tattoo made of liquid gold. I have to say, she makes her presence known and shines in the short amount of screen time she actually has.

The biggest surprise of the film is the return of Colin Firth as Harry, as shown by the promotional materials and trailers. I think the surprise would have had a bigger impact had it not been revealed beforehand, but ultimately it was just nice to have him back. The reasoning behind his return only works because of the world Vaughn has built with these movies. It’s pretty far-fetched, but passable. I think the movie would have left a lot to be desired without him.

The biggest character arc, of course, is Eggsy’s as he’s dealing with a number of issues in his life. While trying to fill Harry’s shoes as a Kingsman and the devastating blow to the agency early on, he’s also dealing with the personal stress of dating the Swedish princess Tilde and impressing her royal parents. As with all seemingly happy movie romances, a rift in their relationship occurs in the second act and I feel like it drug the movie down a little bit. The Golden Circle is two and a half hours long, but it honestly doesn’t feel like it – although I think it probably could have benefited a little by cutting down the time spent on Eggsy and Tilde. The movie truly shined, however, when Eggsy and Harry reunite.

In the end, I was happy with the film. While it wasn’t exactly necessary, I think it covered all the bases to at least come close to the magic of the first film. All of the callbacks and surprises brought a smile to my face. The action sequences were wonderful, although none quenched my thirst for something as memorable as the church scene done previously. In fact, the scene that might stick with the viewer the most is one cringe inducing sex scene in the second act. I hadn’t been that uncomfortable in a while with something presented onscreen. The returning cast was great, as was the new cast too. While the addition of Tatum kind of felt like stunt casting with the least amount of time on screen of anyone, I think he’s clearly going to have a bigger role in an inevitable third Kingsman film. I’ll be there opening night.

Kingsman: The Golden Circle gets a B-