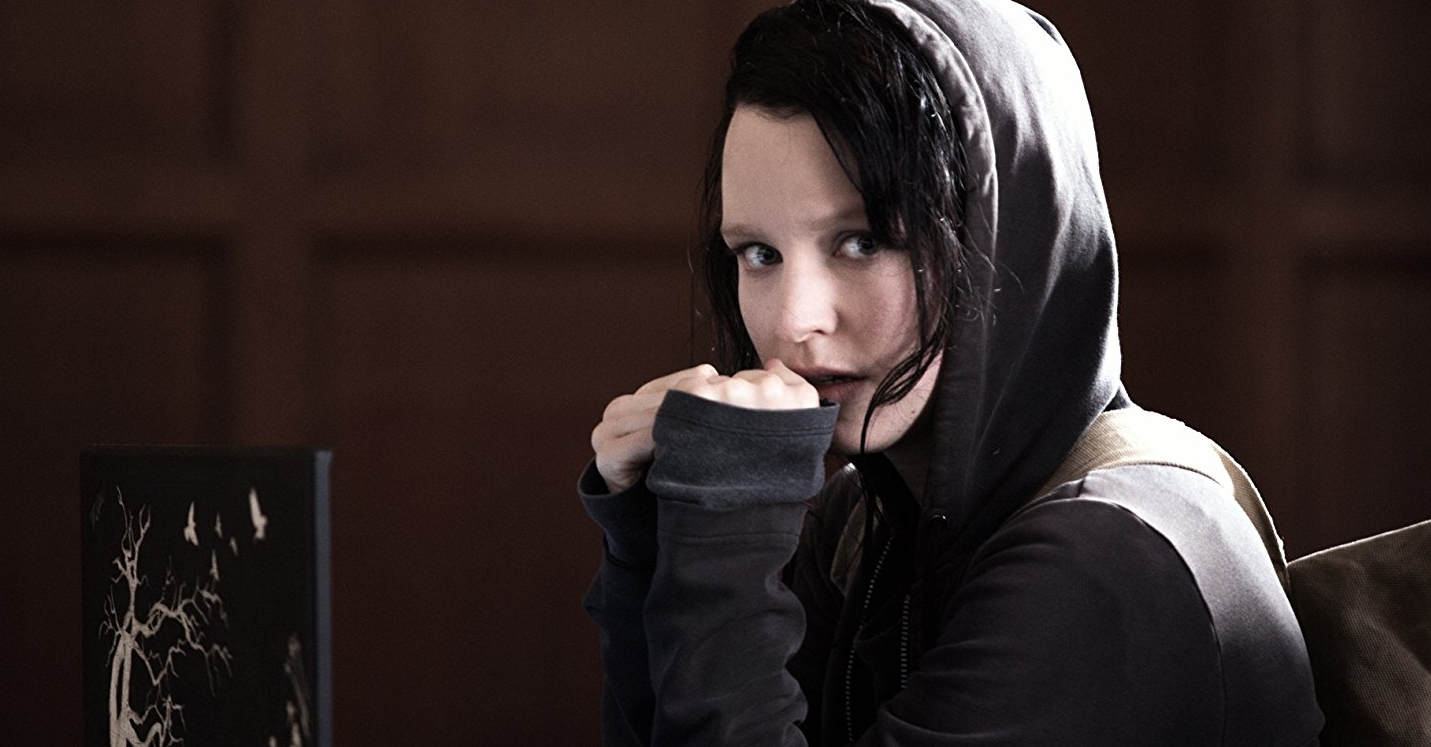 Friend Request is director Simon Verhoeven’s second film and is the latest iteration of social media inspired horror/thriller film. It stars Alycia Debnam-Carey as Laura, a nice college student who befriends an outcast named Marina (Liesl Ahlers) who is desperate for a single friend in both real life and Facebook. When Marina comes off a little strong and desperate through countless unanswered Facebook messages, Laura tells a lie about celebrating her birthday privately with her boyfriend, when really she’s spending it with all of her closest friends and mother. Of course, though, she’s tagged in photos on Facebook by her friends and Marina sees them, so she now has her motivation to wreak havoc on the lives of Laura and all of her innocent friends.

I can’t believe I just typed that. 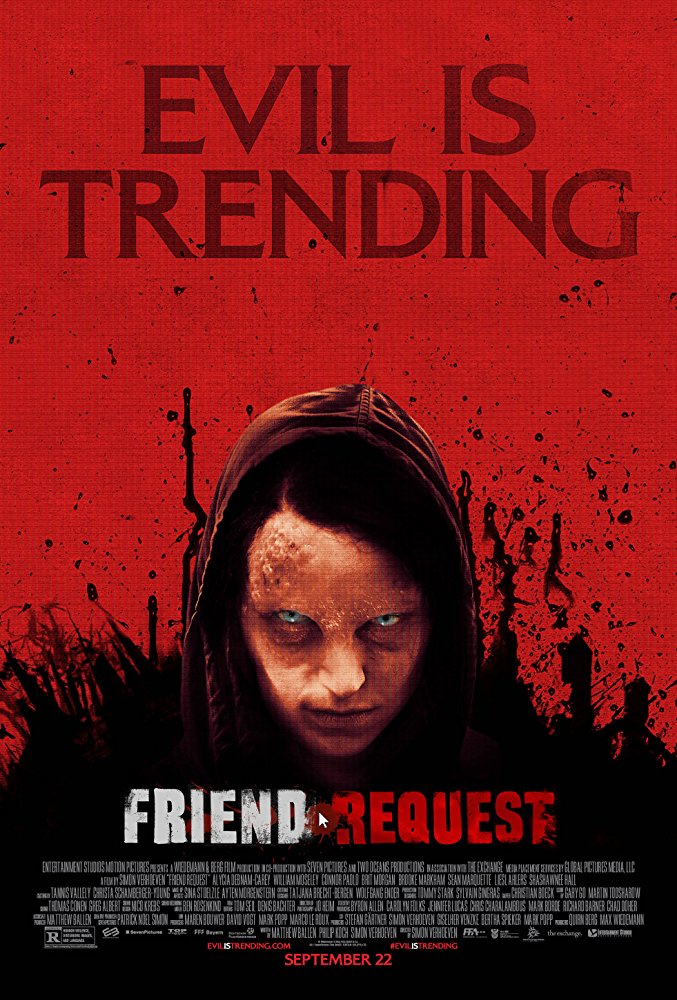 In fact, I can’t believe I’m writing a review for this movie. It’s everything one could imagine it would be. I haven’t seen 2015’s Unfriended, but I can’t imagine it being any different than this one. That’s the world we live in now though – where social media is a staple in today’s society and subject to being the focal point of different mediums of entertainment. I think the very first problem these two films have is the fact that they don’t seem to know their audience. I didn’t grow up with social media at a young age or throughout high school, but it’s clearly a large part of the younger generation’s lives. So why are these films rated R? I think there’s a huge opportunity loss by excluding the younger PG-13 audience that would relate to it easier. On the flipside, Unfriended made $30 million on a $1 million budget so maybe they don’t need to market to the younger audience after all. From what I saw in Friend Request, the extra blood and gore probably isn’t worth the limited audience of an R rating, but I digress…

Friend Request begins with the announcement that there’s been a suicide by one of the students in the school. The camera pans to our protagonist and she has a look of dread on her face as she notices an empty seat in her classroom. Flashback to two weeks ago and our movie begins. We start by seeing Laura’s life posted throughout various onscreen Facebook posts, including an actual counter of watching her number of friends rise. It’s a cheap but effective way to let the audience get a grasp as to what kind of person Laura is and how social media affects her life. She isn’t a bad person. The film could have easily followed the typical trope of her treating Marina poorly and force her to reevaluate her life choices about being a bully, but it doesn’t. In fact, the only arguably bad thing she does in this movie is lie to Marina about her birthday celebration and I think anybody in her situation would have felt the same way or tried to handle it in a way that didn’t hurt her feelings.

Marina becomes distraught after finding out that Laura has unfriended her on Facebook and lied to her about her birthday and sadly takes her own life – but not before recording it and sharing it online. This is where the supernatural and incredibly unrealistic part of the film takes over, as she somehow has control of Facebook entirely. Marina, even through death, is controlling Laura’s online profile and sharing her death video tagging all 800+ friends that Laura had. Laura cannot delete the posts and when she tries to post herself, a glitch takes over and prevents it. Of course, she also cannot delete her profile, nor can any of her five closest friends in which this curse seems to be limited. What takes the cake though is that she actually calls Facebook support and they can’t do anything for her! Think about this – a girl’s life is taken, a disturbing video of it is shared over and over again tagging 800+ people on Facebook and therefore assumedly visible to anyone they are connected with, and the police and Facebook support can’t do anything to take it down?

I was completely checked out from the plot by about a third of the way through. Marina’s goal is to make Laura feel as lonely as she was, so she begins haunting all of her closest friends. We see the Facebook friend counter come up multiple times throughout the remainder of the film as Laura unwillingly shares more and more disturbing videos at Marina’s hand and people begin to delete her. The second act is basically all exposition, as Laura finds out about Marina’s childhood and the only other person in the world who’s named Kobe (Connor Paolo) researches witchcraft rituals to explain what’s happening.

I would say the film does succeed in earning its jump scares for the most part. My viewing audience was incredibly engaged, which is something I haven’t seen in quite awhile. The film even succeeds in faking the audience out with typical horror movie tropes at times, such as opening a refrigerator at such an angle that when it’s closed something will be behind it.

In the end though, there’s nothing redeeming about Friend Request or its characters. My biggest complaint about the film was its resolution – or rather, lack thereof. It tries so hard to hit the viewer with a gotcha-esque ending but ultimately falls incredibly short of making any sense at all. There is no resolution nor any answers – only eternal punishment and death because someone told a lie.