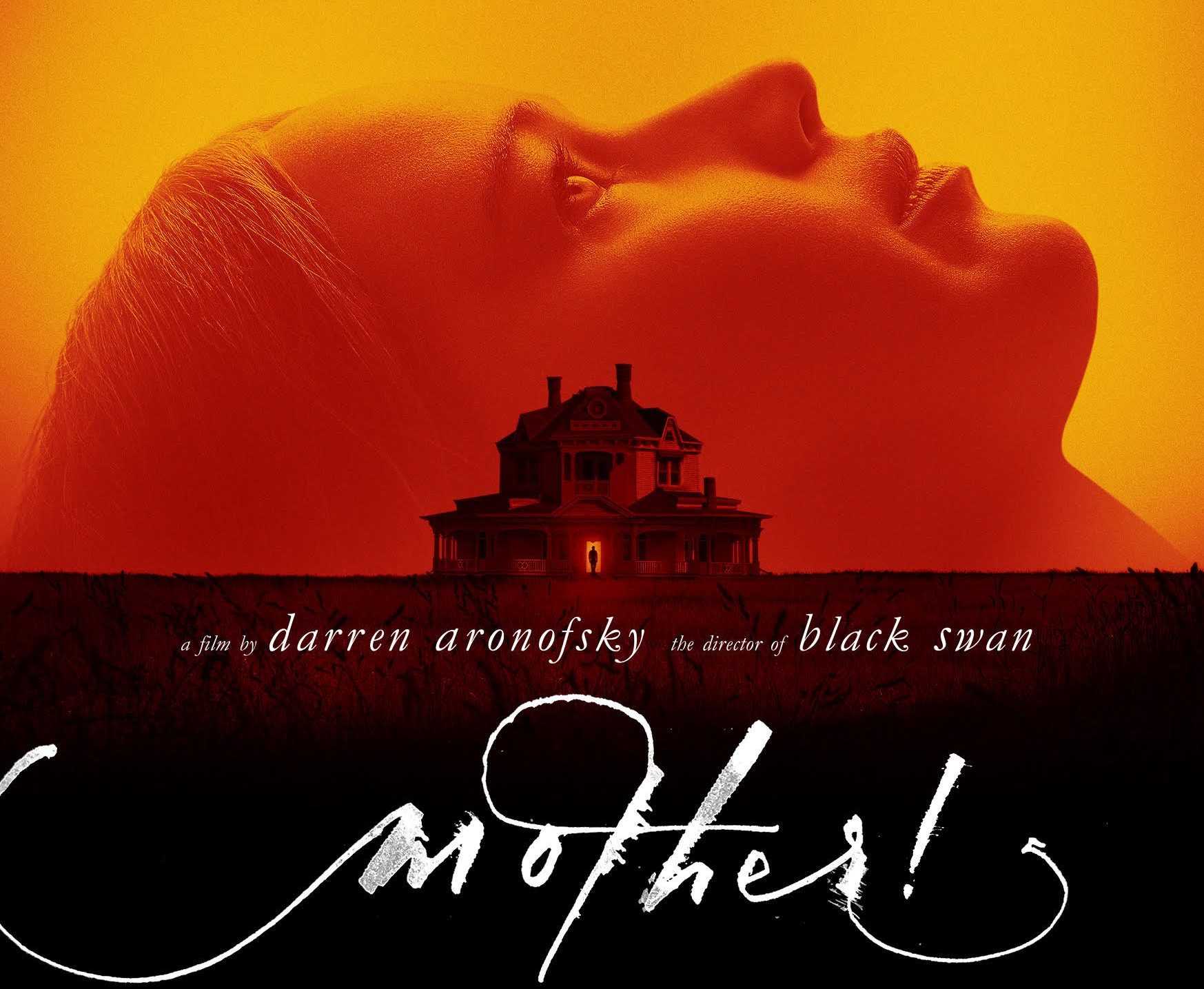 mother! is the seventh film directed by Darren Aronofsky (Black Swan, The Wrestler) and stars Jennifer Lawrence and Javier Bardem as a married couple in a fixer-upper house in a beautiful and secluded country home. Bardem’s character is a writer suffering from a bad case of writer’s block, and Lawrence’s character is the sole visionary in renovating their home. The couple seem to be living a pretty secluded lifestyle until one-by-one, people begin showing up out of nowhere – and while welcomed in by Bardem’s “Him.” Lawrence’s character, only referred to as “mother” in the credits, isn’t too pleased at first because… well, they’re strangers and they just showed up out of nowhere. It’s difficult to elaborate more on the plot without giving too much away. 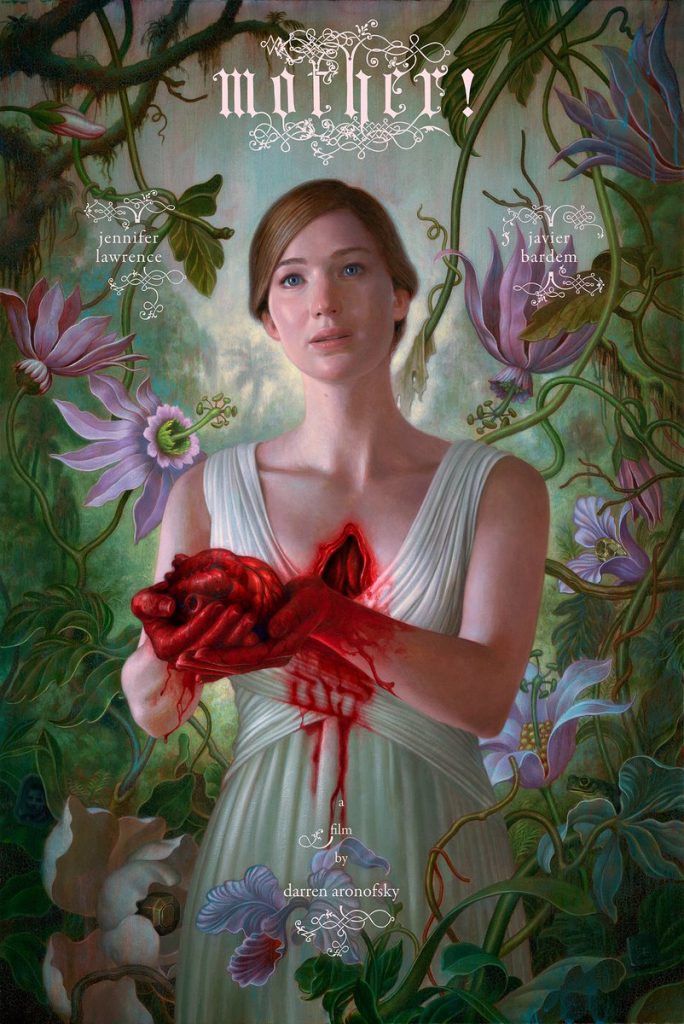 It’s also not the film you think it is from the marketing. It does maintain an eerie vibe throughout it’s entirety and captivates the viewer, but the third act goes off the rails and will split the audience. Unfortunately, my Friday night showing only had eleven people viewing at the start of the movie. By the end credits, however, there were only five left. Six people left during the final twenty minutes because Aronofsky pushes the boundaries with some extremely morbid and unsettling imagery. It’s not the horror film it’s led on to be, but it does find ways to disturb the viewer nonetheless.

The film follows Lawrence, and is shot almost entirely from her point of view as elements of the story begin to unravel. Her naivety, innocence, and love for Bardem is displayed through a fantastic performance by the actress – easily the best since her Oscar winning role in Silver Linings Playbook, and I’d even argue since Winter’s Bone (which I still find superior). Bardem, who has considerably less screen time, is just as important and shines bright as he usually does. Michelle Pfeiffer and Ed Harris do a great job providing the uneasiness and tension as they interject themselves into our main characters’ lives, as well.

Tension builds throughout the film, with a few pauses for release here and there. Yet the entire third act takes a deep dive into madness with an adrenaline rush, and leaves the viewer scrambling for his or her thoughts as it unfolds. My jaw was dropped, and my hands were clasped tightly as I was trying to put the pieces together as to what was happening onscreen. I couldn’t have been more enthralled.

Aronofsky has had plenty of success in his career with some pretty out-there films. But as I’m writing this, I believe mother! is going to be the prominent film of his career – that’s talked about and studied for years to come. It’s an invitation for theory and discussion, and I’d say it’s nearly impossible to digest entirely in one sitting. The film all but demands a second viewing (at least by me) for further analysis. I, myself, can’t wait to engage with my peers and film-fans alike because I found mother! to be fascinating and one of the best movies in 2017 so far.

mother! gets an A