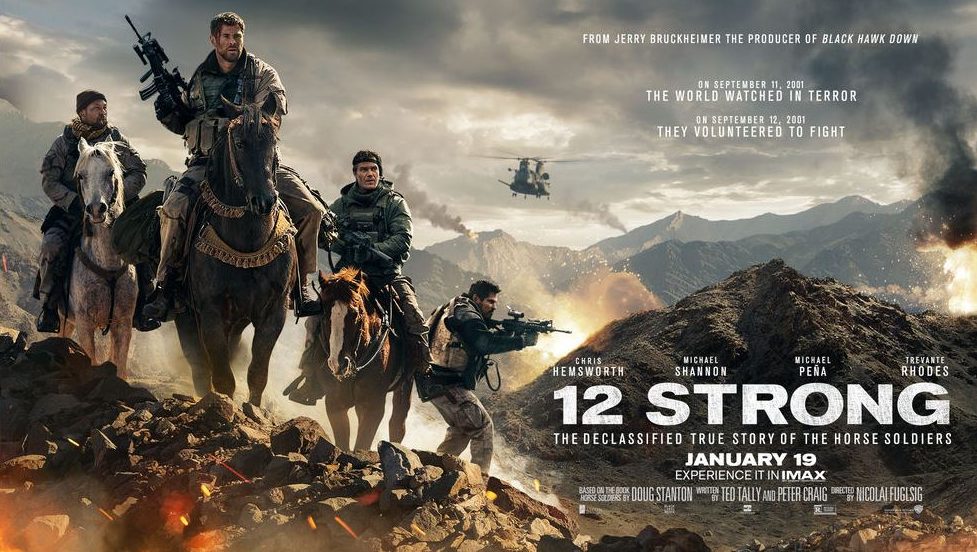 I admit it, I’m a sucker for movies based on true events.

Sure, there are usually a lot of liberties taken with the truth, with some movies distorting the truth so much they hardly resemble real life, but much of the time, we can at least draw concepts and ideas and appreciate what the characters went through.

And so I went into 12 Strong with tempered expectations. On one hand, I was pretty unfamiliar with the story of ODA (Operational Detachment Alpha) 595, the 12 Green Berets who were the first to be deployed to Afghanistan following 9/11. On the other hand, given the patriotic nature of the film, I figured there would be at least a few scenes of exaggeration or blatant story-telling (which turned out to be the case). The end result is an entertaining whirlwind that’s probably not incredibly informative, but at least serves its purpose to shine a light on the spearhead of the war in Afghanistan.

The first ten minutes of the film act as a very brief background on the mission, reliving the morning of 9/11 through the eyes of Captain Mitch Nelson (Chris Hemsworth), who’s just recently been promoted to a desk job, much to the chagrin of his former squad. Volunteering for a combat role, he asks his CO, Colonel Max Bowers (played by Rob Riggle, who actually served directly under the real-life Bowers in Afghanistan) to send him over, to which Bowers acquiesces. 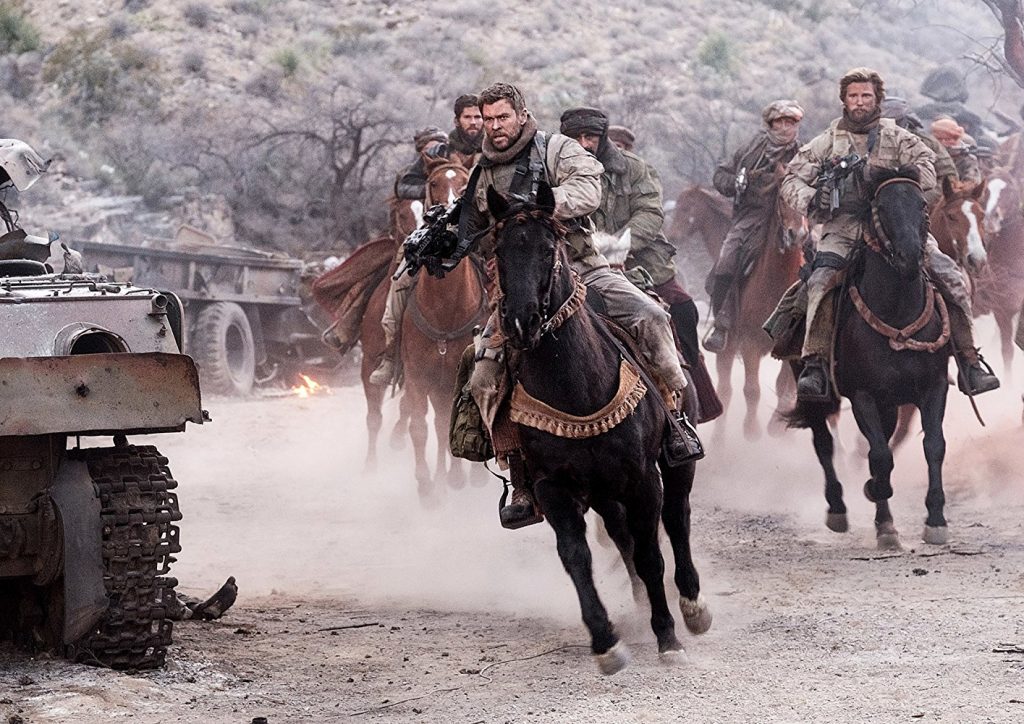 Once over there, Nelson and his team are directed to meet up with one of the Northern Alliance commanders, General Dostum (Navid Negahban), and provide air support to their efforts in driving the Taliban out. Their objective: to capture the town of Mizar-i-Sharif, believed to be the stronghold for the Taliban. If they can drive the Taliban out, they reason, they can drive them out of Afghanistan and break their stronghold and be home by Christmas. In a reversal of roles, the Taliban has mechanized artillery and tanks (left over from the Soviet invasion in the 70’s), while the Green Berets are forced to ride horses to get around the countryside; the name of the book the film was based on, Horse Soldiers, pays tribute to this.

It’s a tense film, not only during the battles, but in the moments in between. From the time the soldiers hit the ground, they’re in a struggle with both the Taliban and the Northern Alliance soldiers they’re supporting. Dostum is an enigmatic leader that Nelson butts heads with regularly; they face philosophical difference in tactics and approach to leadership, both of which lead to lingering arguments and uncertainty. These are moments well-captured by both Hemsworth and Negahban, and the supporting cast in general is solid, if not spectacular. Michael Shannon, Michael Pena, Geoff Stults, William Fichtner, and the rest of the crew don’t particularly stand out, but they play their parts well enough that they keep the movie intact.

If I have to give any warning, it’s that the film will be unabashedly patriotic. I have nothing against the Green Berets or anything; these men are some of the best soldiers in the world, and their record speaks for itself. But the film is presented in a manner that would almost have a viewer that’s been living in a cave for a decade believe that the war ended after just a few months. Then again, I’ve never served in the military, let alone Special Forces, so maybe I need to leave the realism analysis to professionals.

All in all, it’s a solid film that will tug at some heart strings and at least serves the purpose of raising awareness of the initial campaign in Afghanistan. It’s unlikely to win any major awards or anything, but it’ll provide a couple hours of entertainment, and perhaps some education. 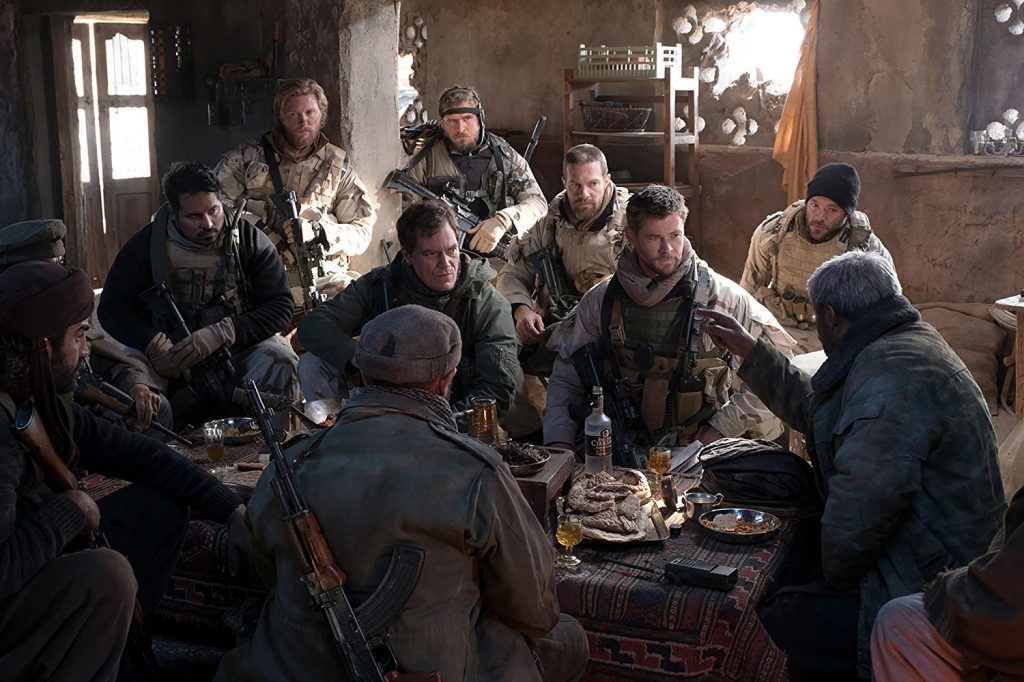