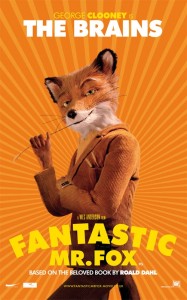 Wes Anderson returns to the screen with a film that fits into his little world only this time with a bunch of talking animals from the wonderful fable by Roald Dahl.

Mr. Fox was always a daring individual, and stole live stock for a living before he met Mrs. Fox and was planning on having a child with her.  He decided to settle down and became a writer for 12 fox years, but the itch of adventure and change in a mid-life crisis of sorts over took him and he put himself in a situation where he can become a thief again on the sly.  Though this doesn’t go well and before he knows it his friends and family are at risk of the evil Boggis, Bunce, and Bean, his human neighbors whose product he has begun to steal.

This film continues the fantastic trend of animated and family entertainment this year that is suitable for all ages and able to be enjoyed, maybe more than the kids, by the parents.  Anderson’s dialogue and character traits are all here, but I feel like this is his most accessible film to date to the general public.  There are cute characters and action for the kids and witty humor and grown up issues for the adults, if it wasn’t for Up this would be the most broadly appealing film of the year.  Anderson also does a nice job at creating actual tension and thrills through the adventure of the film and isn’t afraid to do some silly bits for humor’s sake as well.

The ‘cuss’ joke is a brilliant move as well, allowing the dialogue to remain very adult and keep the younger audience rating.  Us grownups will know what they are saying and there is some odd enjoyment that the films dialogue if went uncensored without the ‘cuss’ bit would be an easy R rating for language.  With that said though, it is nothing offensive or something that will put your kids off or corrupt them, in fact I think it is an encouraging way almost to keep kids from cussing by having them use ‘cuss’ if they get angry; funny and clean.

The cast is anchored by an inspired performance by George Clooney as the charismatic lead.  Bring life and energy into the animated character, his charm is endlessly humorous and full of spirit and while the character is similar to some of Clooney’s past work, he is still great here.  The voice recording was also very unique in that much of the characters dialogue were recorded together and allowed for a very natural flow and banter among the characters you usually don’t get in the animated medium.  Back to the cast, Wally Wolodarsky, one of Anderson’s long time friends, is delightfully dim as Kylie the possum and the running gag of the spiral eyes was classic with the character.  Jason Schwartzman lays on the right amount of angst and frustration needed for Ash the son of Mr. Fox, and Meryl Streep is solid as the mother of the house hold.  Owen Wilson stands out in his brief appearance as a Whack Bat coach getting some laughs as does Bill Murray as Badger, Mr. Fox’s lawyer and friend.  The voice work is top throughout in fact, and while there are some big names involved, there are plenty of good turns by some unknowns in there.

Lastly, but not least, the animation in the film is superb; even in its low tech nature.  The look not only has Anderson’s signature all over it, but elaborate tracking shots, great sight gags, and inventive effects (no computer effects were allowed unless absolutely necessary) the animators really deserve a pat on the back.  The film is also littered with little jokes and gags that I couldn’t have possibly caught them all and the film will definitely benefit from repeat viewings; like most of Anderson’s films.

In the end, Fantastic Mr. Fox is a success on every level and I really can’t find a complaint for the film.  It is missing a certain something after one viewing to pin it as an absolute masterpiece but it easily sits up with Anderson’s work which has been superb every time out.  A film that is accessible to all ages and is even arguably more enjoyable for adults, no one should have reservations about seeing this film because it looks to kiddy.  This year has been one of the most successful years of a young audience gear films that appeal to adults just as much as children.  Up, Where the Wild Things Are, Coraline, and now Fantastic Mr. Fox have capped an excellent run for family entertainment this year and this film will go down as the very best of 2009.

Fantastic Mr. Fox is an A+ 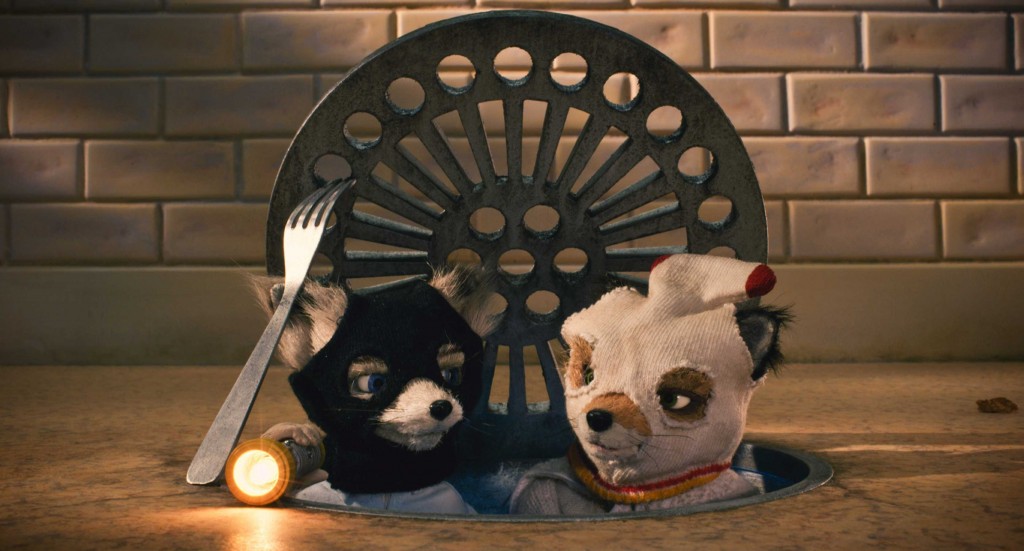