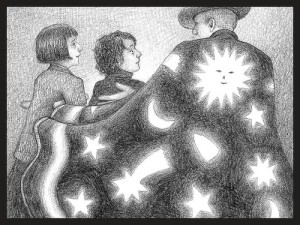 Scorsese is adapting the film from Brian Selznick’s best-seller “The Invention of Hugo Cabret”, and is producing the film along with Johnny Depp, Graham King, and Tim Headington.

Hugo Cabret tells the story of a boy who lives in the walls of a Paris train station in 1931. After repairing a broken artifact that turns out to be a forgotten automaton, Hugo is swept up into a world of mystique and magic. Mortimer plays the train station’s flower girl, Lisette, and Stuhlbarg plays Rene Tabard, a film restorer.

This does not sound like the normal Scorsese project, and I am absolutely delighted about it. Scorsese is best known for his crime dramas, and I’m interested to see how he translates a whimsical story like Hugo Cabret to the big screen. The project sounds absolutely wonderful, and the cast he is assembling is beyond impressive.