Ellen Page is quite the A-lister now. She is developing a show for HBO called, Stitch n’ Bitch. Just on that name alone I think I am sold. Throw in the awesome Alia Shawkat, and I’m already setting up my DVR for it. I’m sure the show will be filled with snarky one liners aimed at a broad pop culture audience, but if it does it with some flair it has some solid potential. 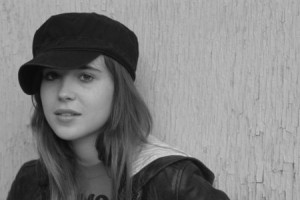 Film star Ellen Page is adding a TV writer-producer credit to her resume.

Page has teamed with HBO for “Stitch N’ Bitch,” a single-camera comedy she will write with two other young actors, Alia Shawkat and Sean Tillmann.

The trio will executive produce the project, which follows two painfully cool hipster girls as they relocate from Brooklyn’s Williamsburg neighborhood to Los Angeles’ Silver Lake enclave in hopes of becoming artists — of any kind.

Page, Shawkat and Tillmann might also star, but a decision about them acting in “Stitch” will be made later.

The three worked together on the Drew Barrymore-directed “Whip It,” which is in theaters. Page plays the lead and Shawkat co-stars. Tillmann has a small role.

Page, an Oscar nominee for her breakthrough role in “Juno,” is filming “Inception” opposite Leonardo DiCaprio. She is repped by WME, manager Kelly Bush and attorney Kevin Yorn.