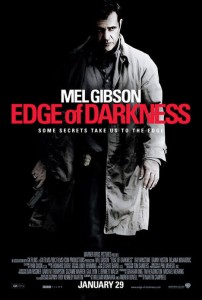 Mel Gibson in a revenge flick? Sign me up. Sure the guy is crazy as all get out these days, but this is the type of movie he was born to do. At first it kind of reminded me of Liam Neeson’s role in last year’s smash hit Taken, but this one seems to be going a bit darker. Ray Winstone is in this, and I still can’t tell if he is trying to do an American accent or not. He doesn’t have the greatest ear for accents, so I’m hoping he is supposed to be from his native land. It also appears that people keep giving Danny Huston more work. He works really well as the arrogant bad guy type, and he does a good enough job sometimes that I wish I could punch him. Overall, the trailer is a bit more over the top than I would have expected, but at least it looks fun. Let’s hope it can reach the heights of the original 1985 miniseries.

(Note: This is the second story I’ve posted today about a British miniseries being made into a feature length film.)

Casino Royale’s Martin Campbell returns to familiar territory with this adaptation of his own 1985 BBC miniseries — a mystery starring Mel Gibson as a detective looking into his political-activist daughter’s death and uncovering layers of governmental conspiracies in the process. William Monahan (The Departed) provides the screenplay for the GK Films production, co-starring Ray Winstone and Danny Huston. – Jeremy Wheeler, All Movie Guide