Director Jon Favreau Will Not Return For “Iron Man 3” 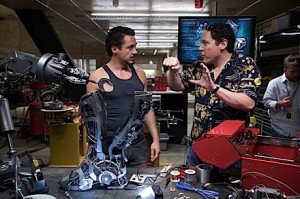 It’s true, I’m directing MAGIC KINGDOM, not IRON MAN 3.  I’ve had a great run with Marvel and wish them the best.

When I initially heard the rumor that Favreau may not return to direct IM3, I thought it was the same story as the last film.  If you remember, Marvel played hard ball with money issues before finally announcing Favreau was directing IM2.  But the above quote kind of seals the deal on him not returning.

Favreau will still be an executive producer on The Avengers which starts filming early next year.  My hope is that while on the set for that film, Favreau will talk with cast and crew about ideas for the third film.  He has been pretty open in the past about his desire to have Mandarin as the villain for the next film.  I wonder if this idea will stay or not.

Jon Favreau did have this to say last week:

Kevin Feige, who’s been involved with Marvel since the X-MEN films, is very aware of his path and how to weave the things. So in theory, IRON MAN 3 is going to be a sequel or continuation of THOR, HULK, CAPTAIN AMERICA, and AVENGERS. So that whole world… I have no idea what it is. I don’t think they do either, from conversations I’ve had with those guys.

I like that Marvel is creating this whole universe that is all one, but it makes me nervous.  I think each film needs to stand on its own.  I can see these films all having a small thread that lends to each others stories.  We shall see.

Who do you want to see take over as director?  Do you think Joss Whedon would stay on board after The Avengers?  Let us know what you think in the comments below.